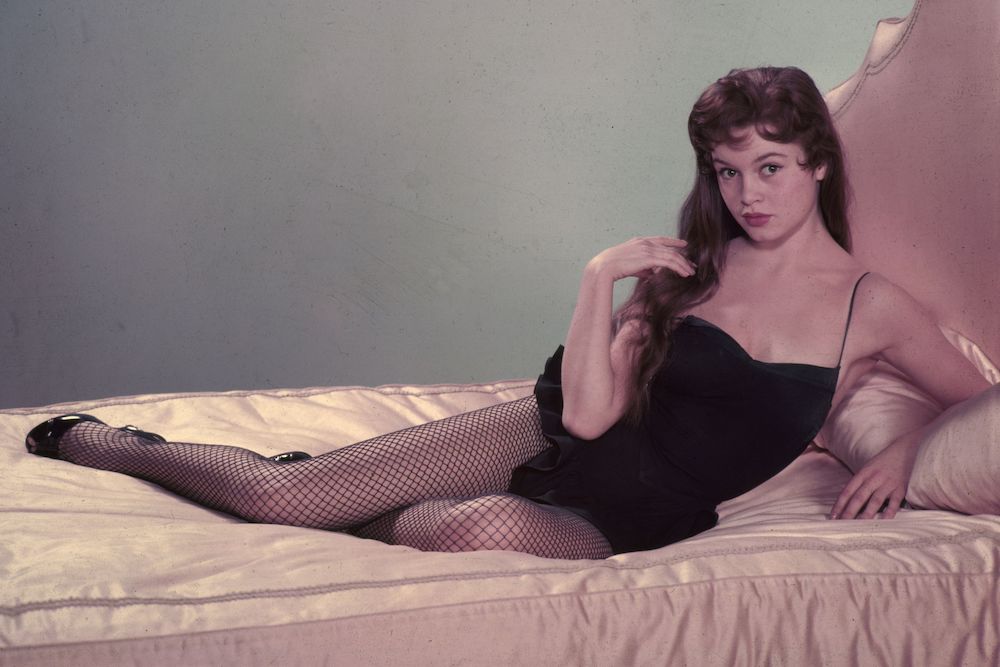 History
Brigitte Bardot has gone down in the history books as one of the most iconic actresses of all time. She was the golden child who was always destined for a life of fame and fortune, having had an early exposure to the fashion and entertainment industry. But there was more to her life than just her famous looks; she experienced an extremely eventful and extraordinary life. As the ultimate symbol of glamor and allure during the 50s and 60s, we've taken a deep dive into the mysterious side of Brigitte that everyone's less familiar with.
read more 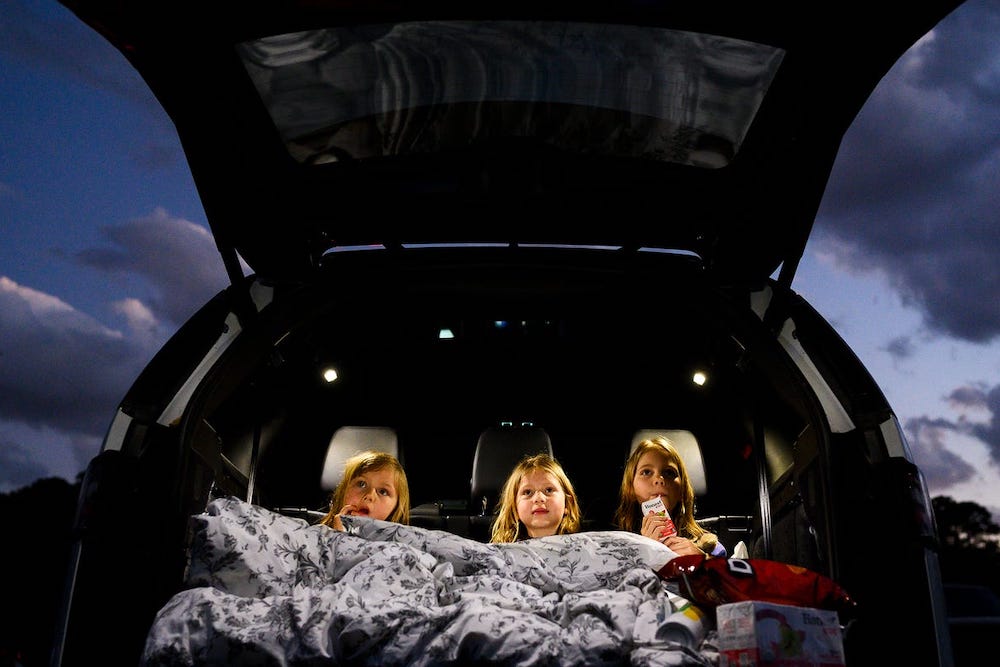 Wellness & Lifestyle
Almost rendered extinct, drive-in movie theaters have been given a new lease of life thanks to the new norm: social distancing. Except this is a way of being in everyone's company but from the safety of your car. During the global pandemic, drive-ins have grown hugely in popularity as people are looking for alternative ways to leave their house. Dating back to the 1930s, drive-in movie-going has taken on a nostalgic identity hardly associated with modern times. But they've circled back around to today, where outdoor movie tickets are selling fast.
read more 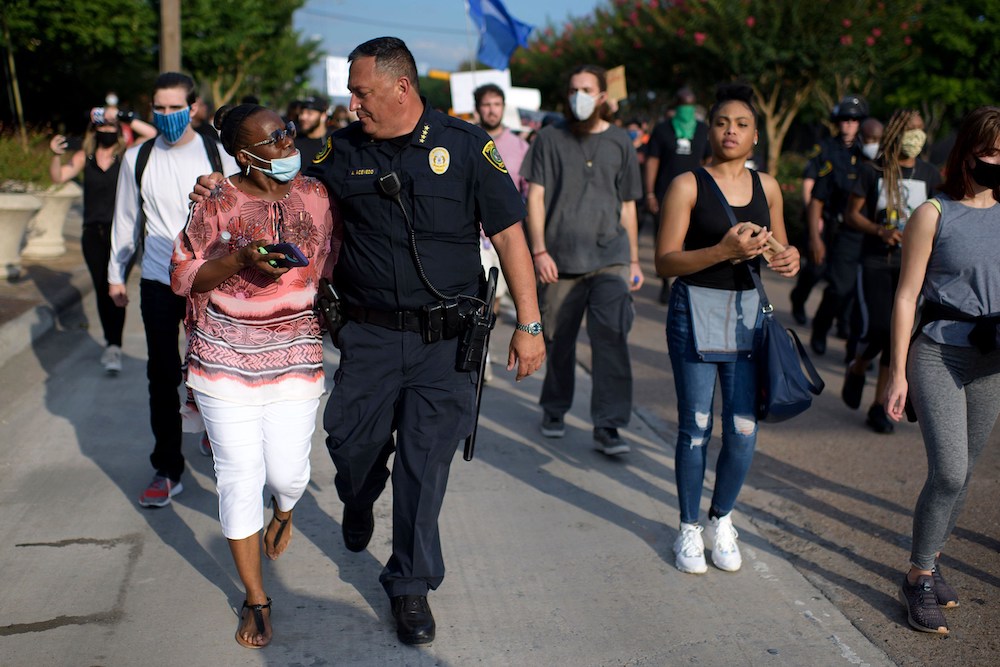 Stories
We've seen a huge national outcry this week in response to the unjust killing of George Floyd. An overwhelming number of citizens have hit the streets to object to the treatment he received as an unarmed black man by four Minneapolis police officers, forcing people to confront racial bias in America's law enforcement. With so much chaos going on this week, we wanted to share some of the uplifting moments that have developed across the states.
read more 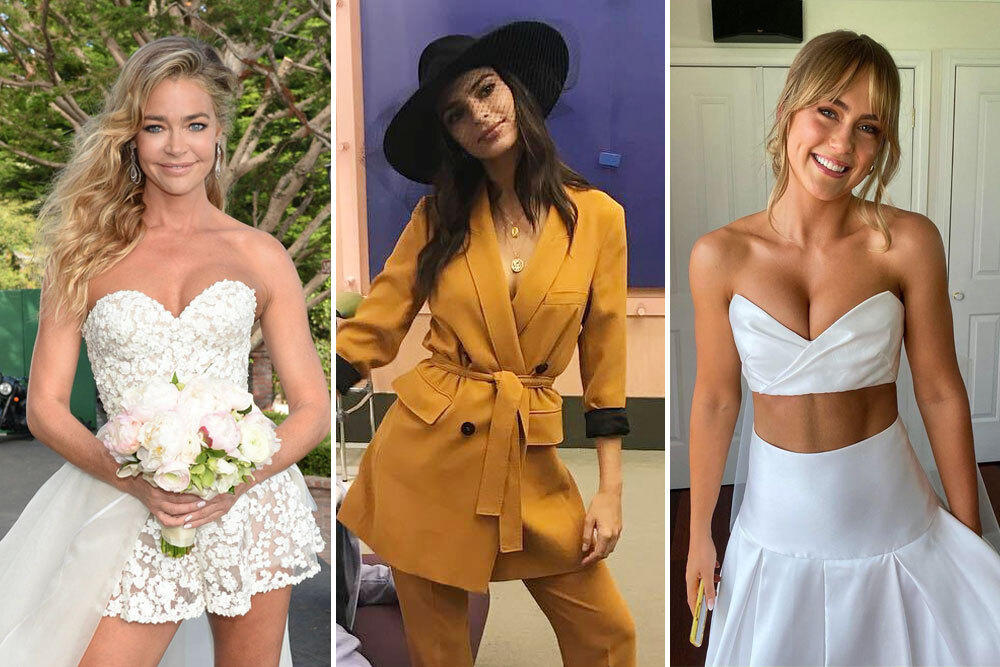 Celebrities
When celebrities have a wedding to plan, the most nerve-wracking decision has to be in finding the perfect dress to wear. We've seen them in idyllic and traditional gowns, but we're more interested in when the rich and famous choose to leave behind bridal traditions and wear something a little unexpected. Whether it's an eccentric color, a daring silhouette, or not a dress at all, these wedding outfits are unusual and one-of-a-kind. Take a look at what atypical look these stars chose to wear on their special day.
read more 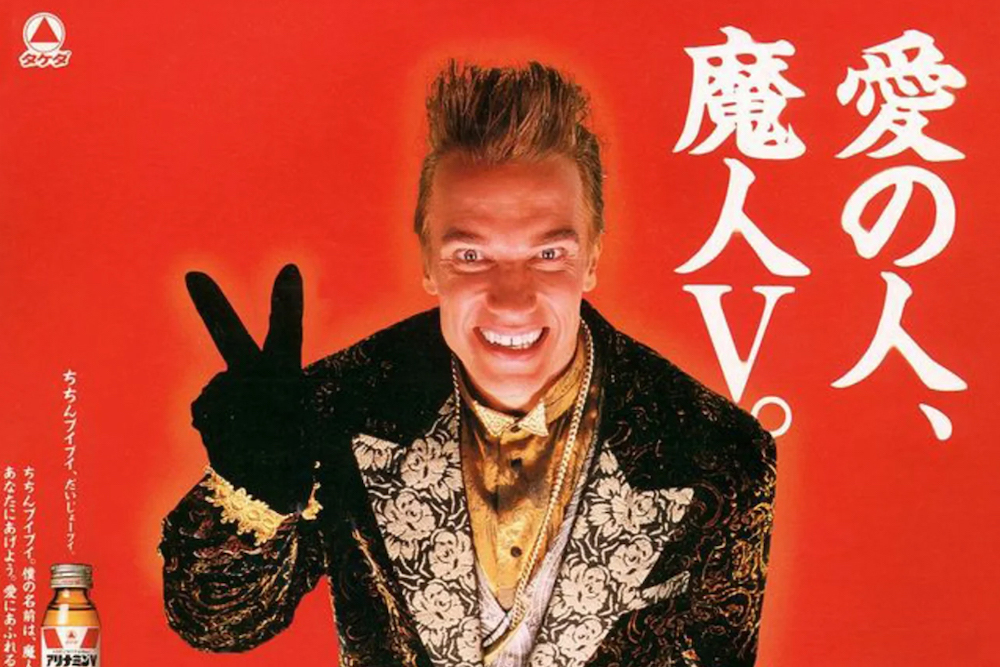 Celebrities
Celebrities will have you think that they'd never stoop so low for some extra cash. Making commercials in the US is seen as selling out or doing anything for a quick buck, and quickly loses them their respect. But thanks to the internet, we've discovered that everyone has a price. It seems A-listers simply take their business elsewhere and away from their American audience, hoping that it stays under wraps. Check out the funniest and weirdest commercials that a-listers agreed to do.
read more 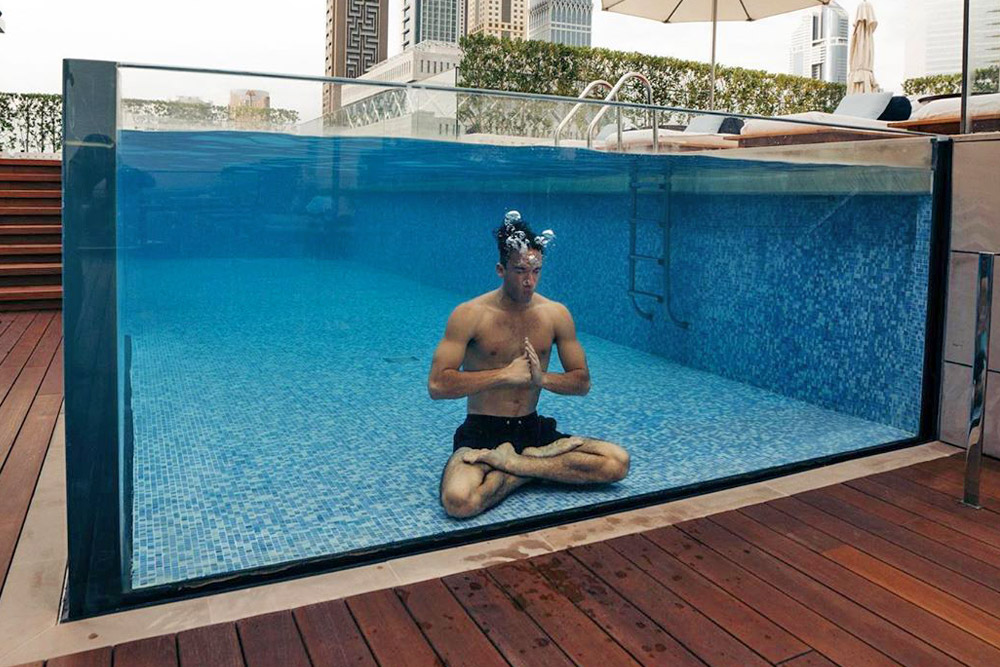 Wellness & Lifestyle
We can all do with a little health and wellness inspiration right about now. Yoga is the talk of the town but how often do you see male yoga instructors making the rounds on Instagram? We thought it was high time we showed them a bit of love and appreciation, and maybe find ourselves a new fitness guru to follow. Take a look at our flexible favorites that are paving the way for other men to get involved with the growing health and fitness trend.
read more 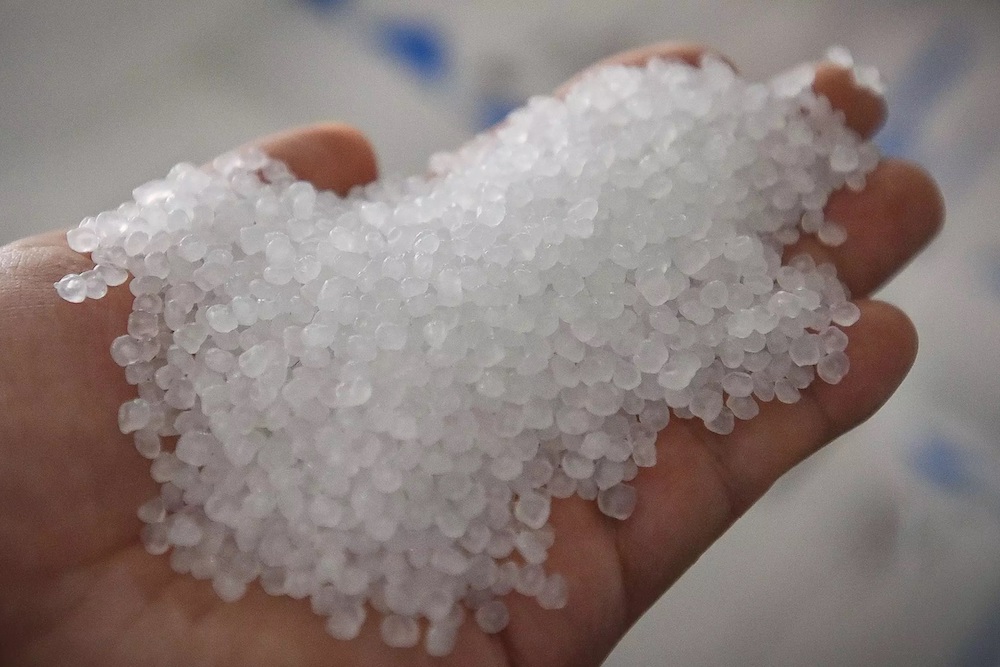 Stories
In Pennsylvania, 43 petrochemical plant workers went above and beyond their job description role in moving into their workplace for a month. In 28 days they managed to produce a whopping 40 million pounds of polypropylene (PPE,) a necessary material that makes up our hygienic and protective face masks and gloves. But their efforts aren't going unnoticed. Because of their sacrifices, they produced enough PPE materials for 500 million N95 masks, or 1.5 billion surgical masks.
read more 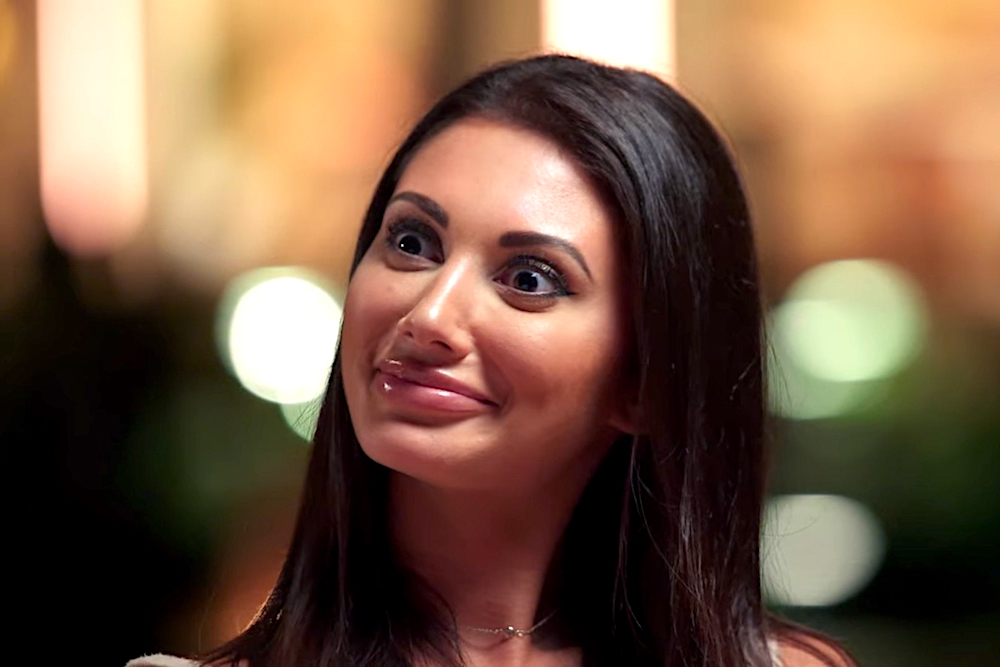 Entertainment
Thank goodness for Netflix, where we're able to watch a multitude of films and TV shows back to back. And these days, they're more and more prolific in generating stuff that's hard to stop watching. Take for example these few shows that have gotten people talking for all the wrong reasons. Some shows are being flouted as cringy while others are under fire for being fast and loose with facts. Check out if you've seen the most talked-about TV during the lockdown.
read more 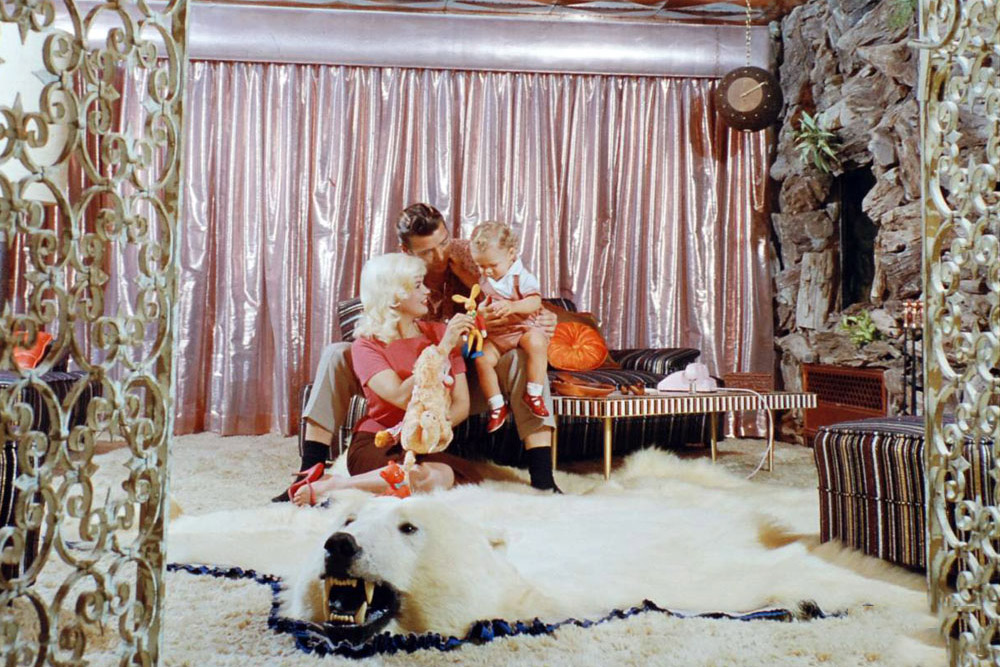 History
The actors and actresses of Classical Hollywood were some of the most glamorous people to have ever existed. But what about the personal spaces and private moments of old Hollywood stars? At Popular Everything, we're lifting the lid on the homes that hid icons of the Golden Age of cinema.
read more 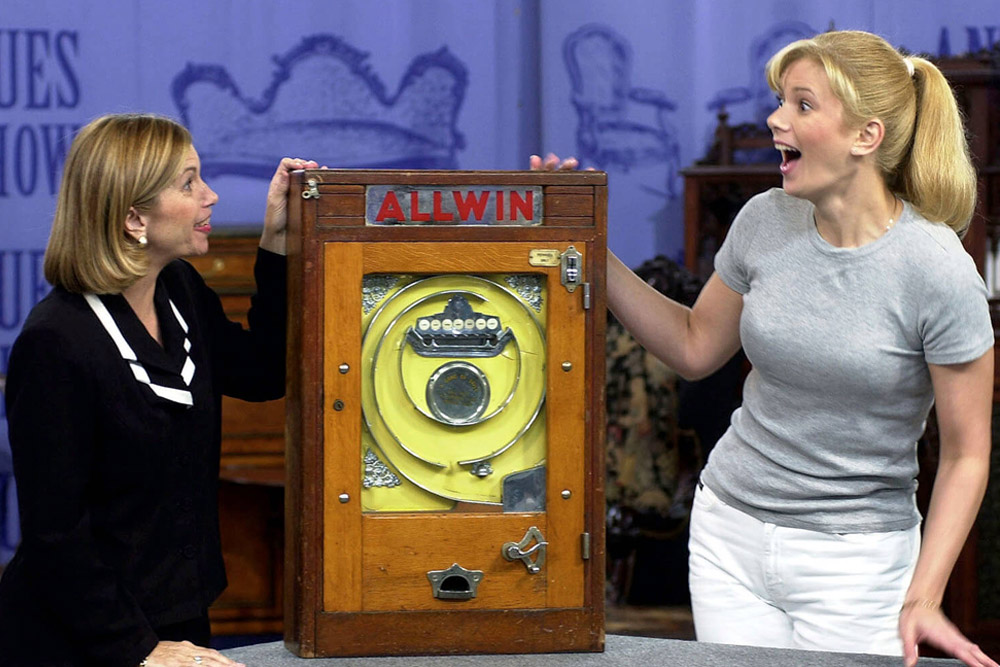 Entertainment
Antiques Roadshow is always full of surprises, especially for the owners of these random antiques. But would you have been able to guess there was more to these items than meets the eye? We've taken the best "a-ha" moments from our favorite TV show to see what all the fuss was about. Crying, laughing, or almost falling off their chair, people really can't control their honest reactions to appraisals. Check out which lucky visitors made bank after visiting their local roadshow.
read more 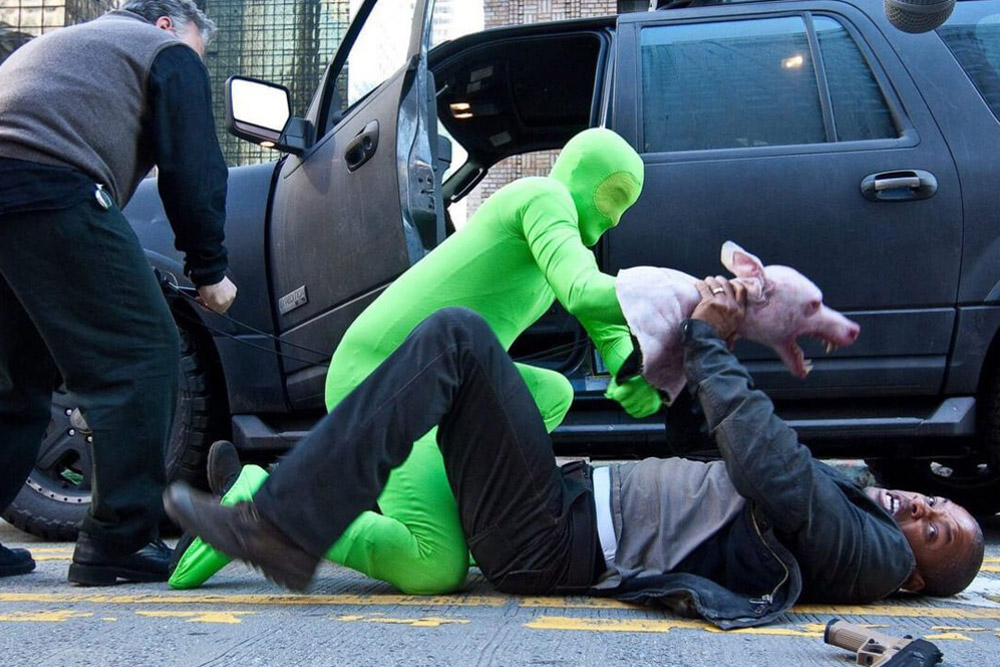 Entertainment
Where would be without the beloved green screen? It's brought to life some of our favorite films and created visuals we could never recreate if it wasn't for the technology. It's used for a huge spectrum of filmmaking and, get this, isn't always green. But these images have a totally different edge when green screen photos of memorable scenes in cinema or TV are side by side the final edited version. Take a look at the CGI magic that's responsible for some of the most striking scenes on-screen.
read more 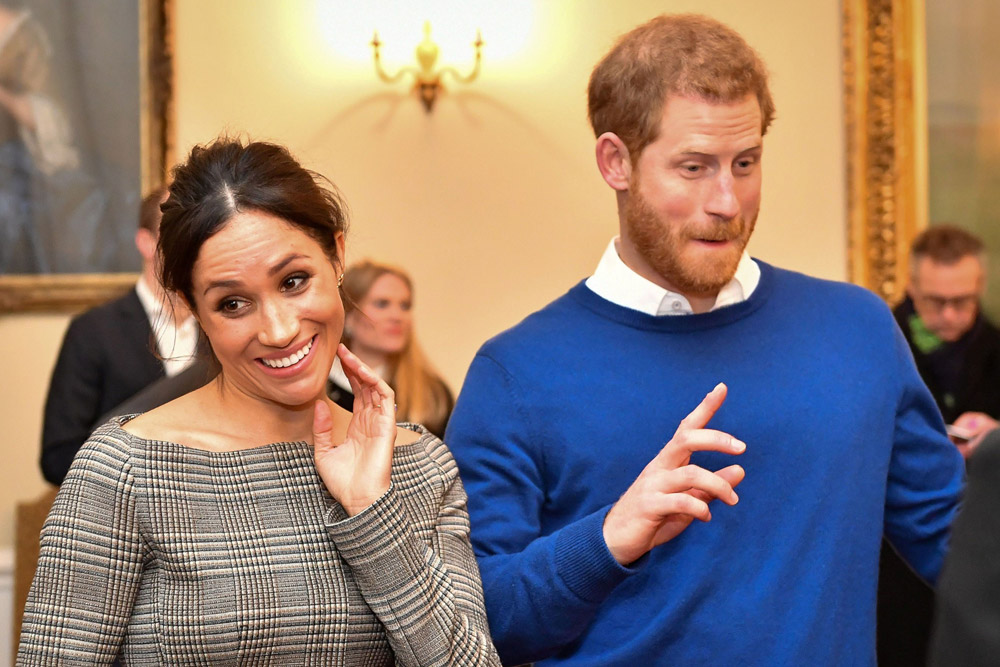 Around the World
The world was shocked when Harry and Meghan, the Duke and Duchess of Sussex, announced their decision to renounce duties as "senior" royals, as was the Palace. No advanced notice was given to the Queen, but many speculated that they were growing increasingly dissatisfied with their life in the public eye. Such a surprising turn of events deserves a more in-depth break down of what escalated their decision. Check out this visual timeline of what they've been through the last few months.
read more 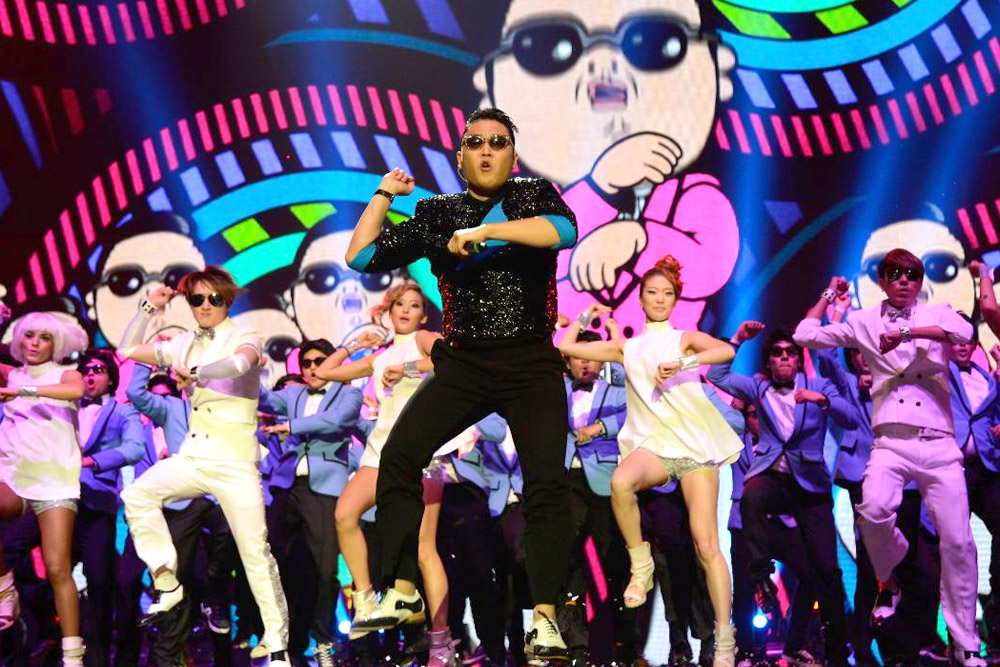 History
We went through a lot this past decade. It's crazy to think that some of these things only came into our lives less than ten years ago, or that some of these things ever existed in the first place. Viral songs, trending hashtags, and bizarre one-off occurrences - we had it all this decade and then some. Take a look at our list of the often-forgotten things that happened over the last ten years. But we're warning you - it's likely you'd have gladly left a lot of this in the past!
read more 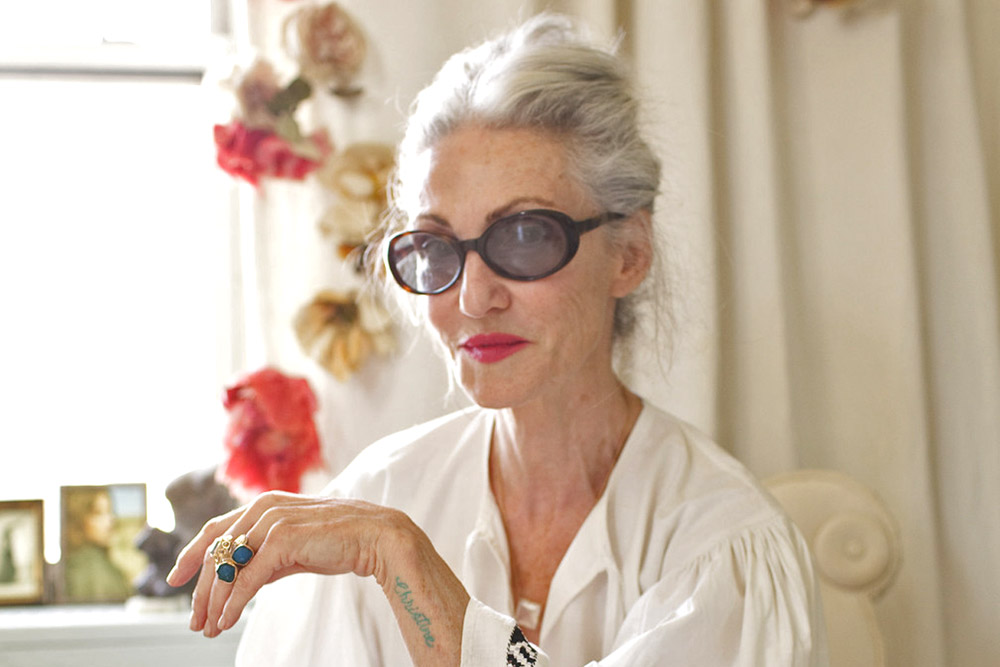 Art & Style
It wasn't all that long ago that George Clooney was everyone's go-to silver fox. For women especially, the idea of turning gray is seen as an unfortunate occurrence that we all have to endure. But things are changing; these days, a wave of gray, silver and white-haired models of a more mature caliber are making the rounds. We're seeing reoccurring faces on the high street, in the haute couture fashion houses, and on social media. Take a look at our pick of the models to watch out for. Rather than exclusively praising "age-defying" women and young models, these women are embracing and celebrating their evolving looks.
read more 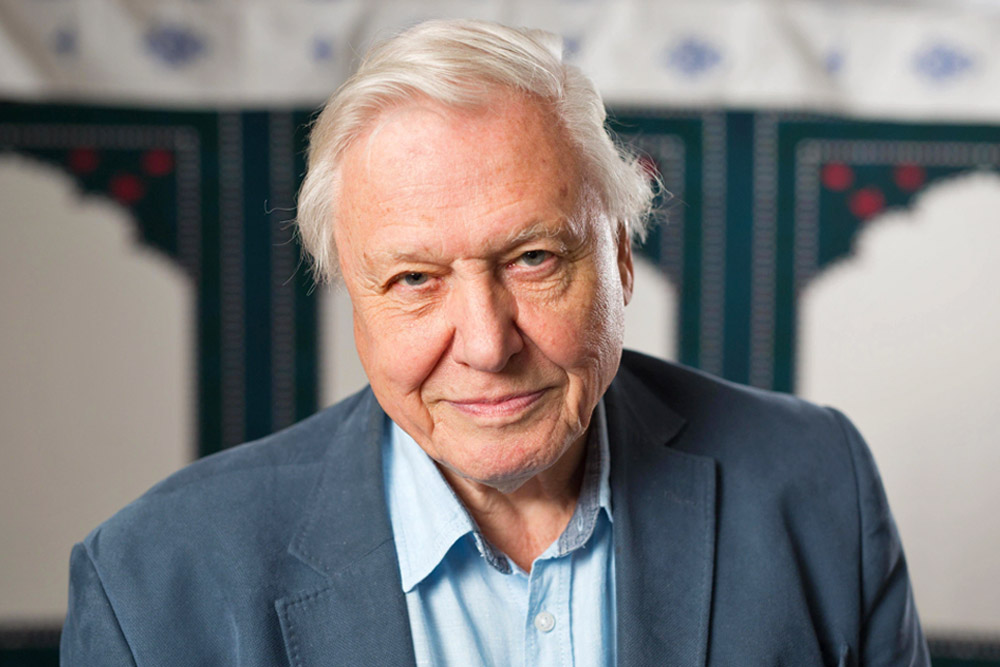 Animals & Nature
The legendary voice of BBC documentaries, Sir David Attenborough is the natural historian turned national grandfather figure that has a place in everyone's hearts. His involvement in nine popular natural history documentaries to come out of the BBC (including Life, Planet Earth, and Blue Planet) has ensured his strong presence. Now over 90 years old, David is recognized for his impactful contributions. But how much do you know about the man behind the voice?
read more

Animals & Nature
It's time to take a look at the most important relationships in a celebrity's life, but we're not talking about their romantic partners. Throughout history, beloved dogs have been living a lavish lifestyle with their wealthy owners. And no one knows Hollywood's elite better than the pups who stand beside them. That being said, they're in the fortunate position of being adored by the rich and famous and sharing a special bond that can compare to no other. At Popular Everything, we're peeking into the private lives of celebrities and their precious pooches.
read more 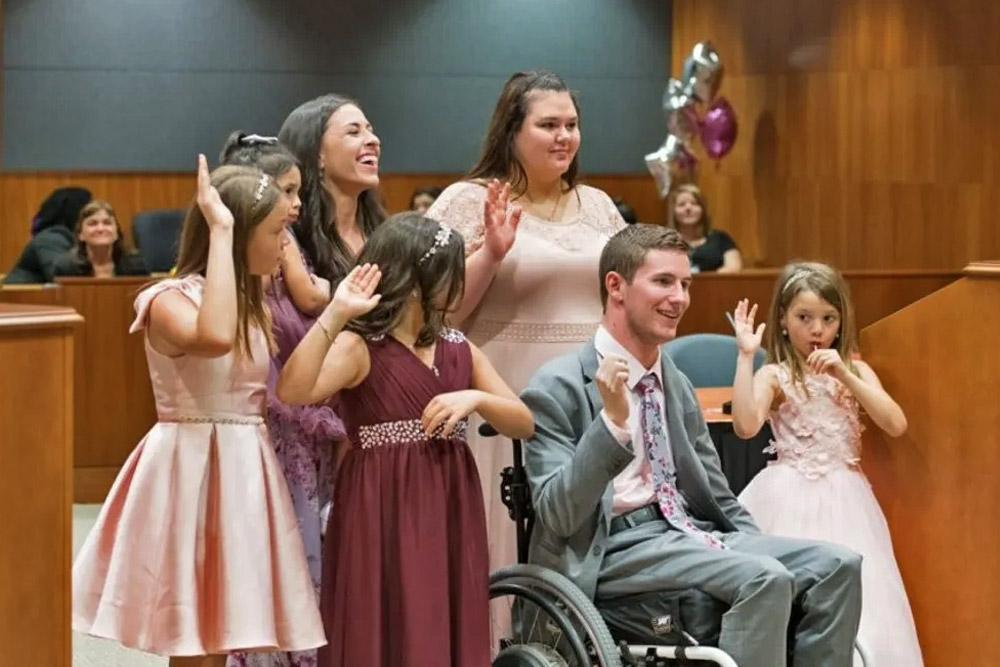 Stories
This young Iowa native had everything going for him. He was a promising footballer that played for his college team until he suffered an accident that left him paralyzed. After a dark and difficult period, Chris Norton decided to defeat the odds and find it within himself to stand, whatever the cost. His strength of character shone through, seeing him move on to bigger and better things. Now 27 years of age, he found purpose in helping others and changing their lives for the better. At Popular Everything, we're bringing you the details about his extraordinary journey.
read more 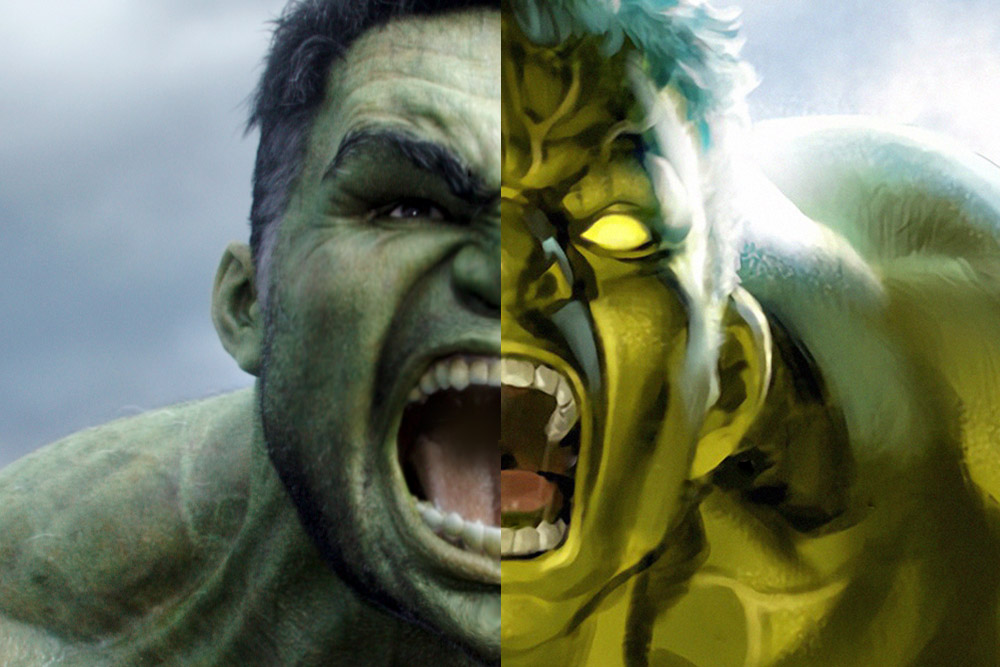 Entertainment
However much you consider yourself a comic book fan, it would be near impossible not to recognize the superheroes and villains of the big screen. But how much do you know about how they were originally meant to look? At Popular Everything, we're comparing the ways in which our favorite comic book characters have changed from their initial design. Which character got gender-swapped? Who did they completely rewrite? And which character was supposed to be blue? You're sure to learn a few unexpected things about the biggest supers of the Marvel and DC universe. We're bringing you side-by-side photos of today's comic book heavyweights with their original character design.
read more 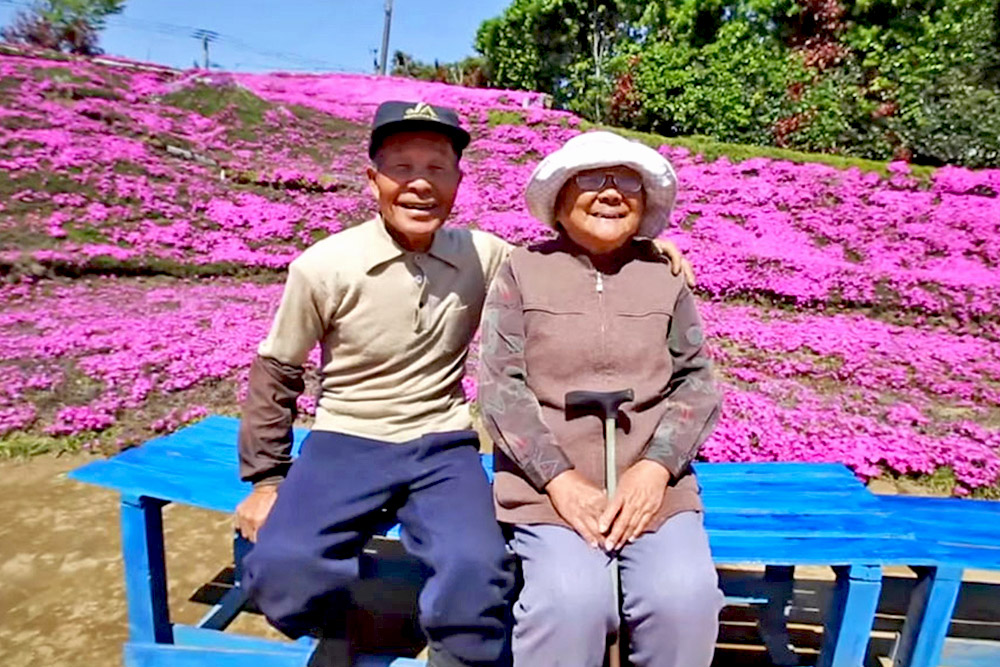 Stories
Toshiyuki and Yasuko Kuroki were dairy farmers in the Japanese countryside and had been happily married for 3 decades when she suddenly lost her sight due to a diabetes complication. To Mr. Kuroki's sadness, she fell into a depression and isolated herself in their home. In his desire to see her happy again, he came across an ingenious idea that he hoped would work, but wouldn't be easy to execute. At Popular Everything, we're bringing you the fascinating story behind one man's will to put a smile on his wife's face.
read more 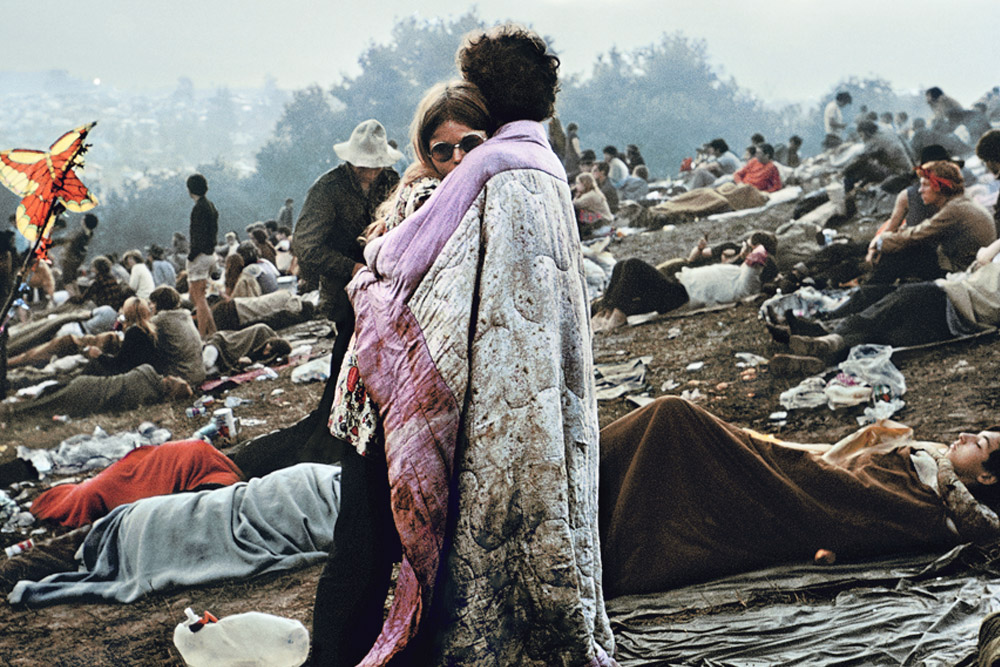 Stories
At just 20 years old, Nick Ercoline and Bobbi Kelly were two young lovebirds living in New York, working and studying - nothing too out of the ordinary. However, a perfectly-timed image of them embracing at Woodstock festival in August of 1969 would come to symbolize the infamous summer of love. Not only that, their puppy love would blossom into a long and loving marriage, as they now celebrate 50 years of life together since that famed photograph. Read about the fascinating story of Nick and Bobbi, from their hillside hug to their relationship spanning half a century.
read more 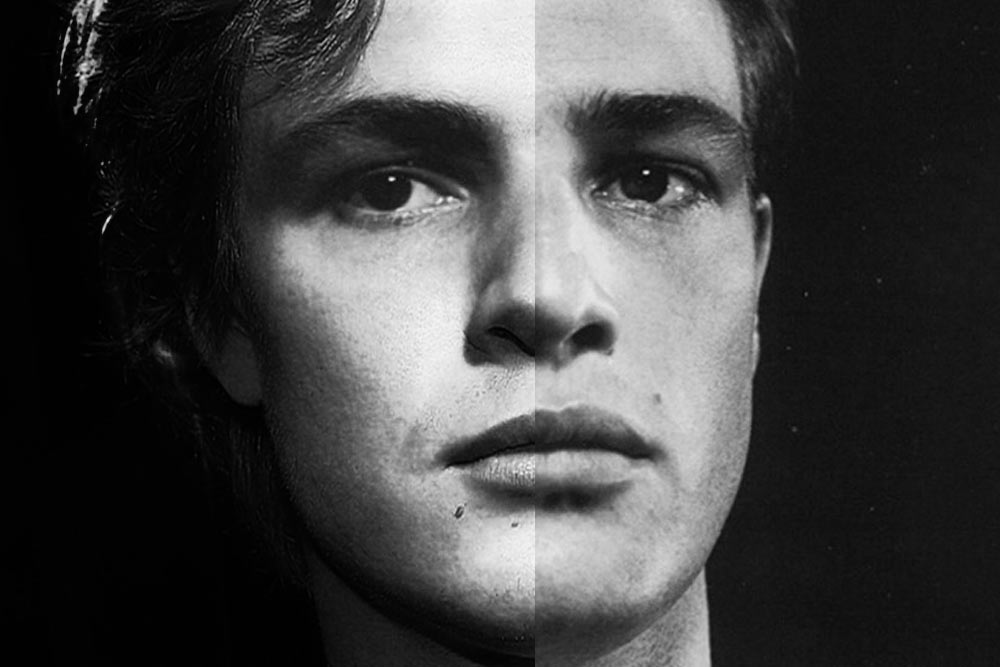 Celebrities
Everything comes full circle, it seems. The great beauties and hunks of yesteryear are more relevant today than you think, judging by the similarities we've found between them and present-day celebrities. The faces of the rich and famous appear to creep up a lot when revisiting old Hollywood classics! We're sure that today's stars grew up well aware of their good looks, but do you think they knew about their old Hollywood doppelgangers? Check out this list of celebrities who bear a strong resemblance to the icons of the past. You'd be forgiven for mistaking which one's which!
read more