In 1980 Brooke Shields starred in one of the most iconic photographs in fashion history, with one of the most memorable catchphrases. At the time the 15-year-old Shields had already risen to stardom as a young actress and model with commercials and movies on her resume.

But that year, when she was recruited by designer Calvin Klein to appear in a series of sexy print ads and a television commercial for his new line of super-tight designer denim jeans Sheilds, exploded onto the scene. 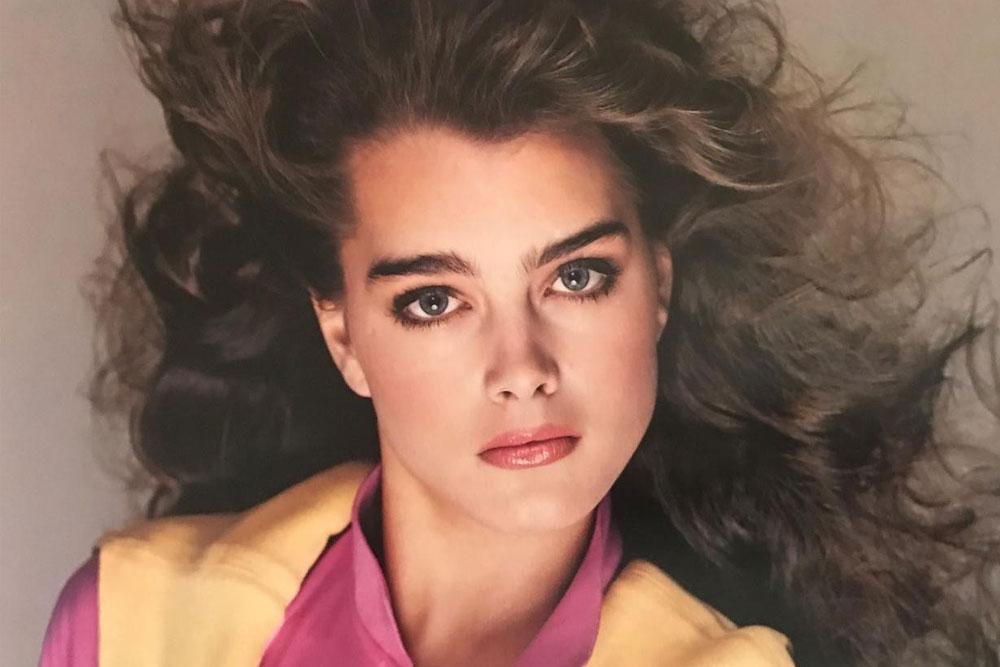 She modeled and posed seductively in the skin-tight pants. In one of the TV ads, she asks the highly suggestive question, “Do you know what comes between me and my Calvins? Nothing.” This provocative statement was insinuating that Shields wasn’t wearing any underwear. This racy Television advertisement featuring an underage girl with such suggestibility caused a public uproar.

Although the commercial was banned by ABC and CBS in New York, Klein himself didn’t back down from his choice to continue to run and push the ad. The buzz around the first-ever high-fashion designer denim collection only boosted sales for the brand. It also landed Brooke Shields more fame and fortune.

At the age of 16, Shields had already appeared on the cover of every major fashion magazine including; Cosmopolitan, Elle, Glamour, Harper’s Bazaar, Mademoiselle, Seventeen, and Vogue. In 1981 alone, she was on the cover of over 30 magazines.

Between the years of 1980 and 1985, she appeared on more than 300 magazine covers internationally. Shields was so popular among younger girls and had her very own Brooke Shields doll which became available to purchase across the world. Her 1982 doll was labeled: ‘The World’s Most Glamorous Teenager.” 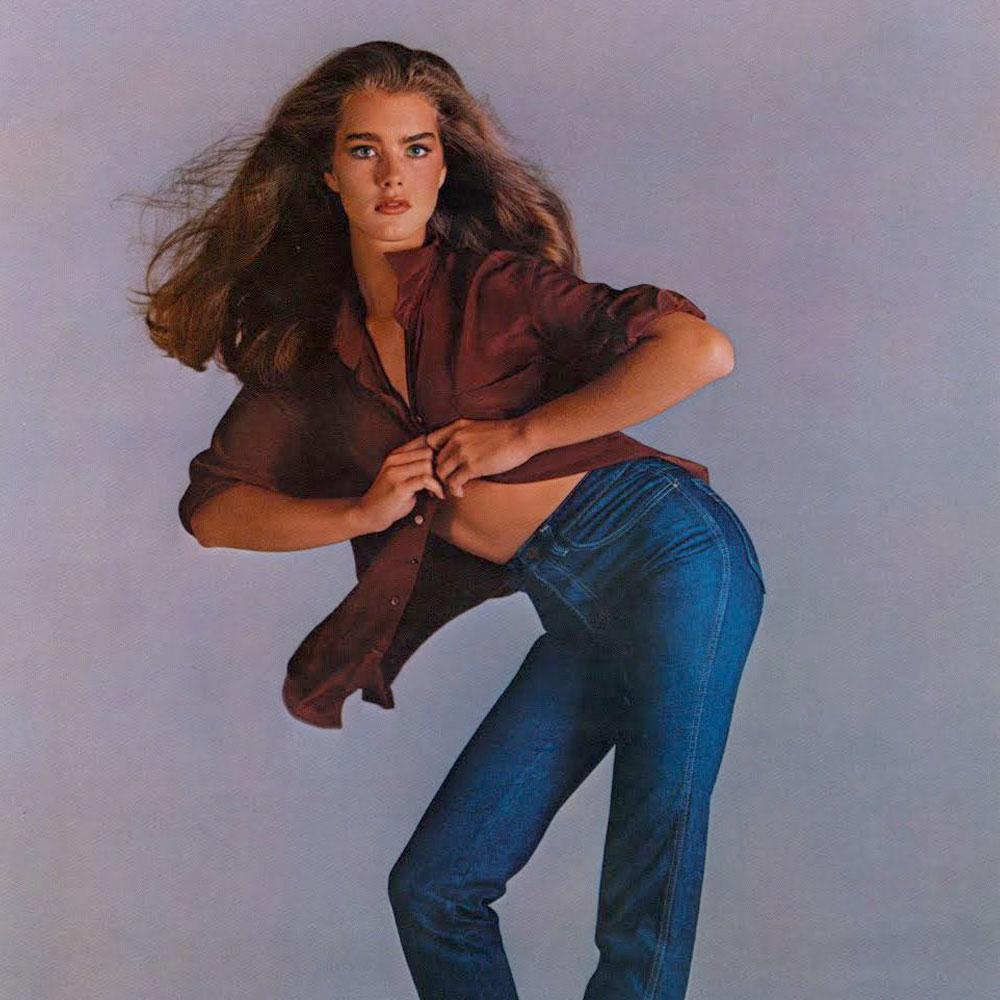 Before Calvin Klein ad campaign, Shields was no stranger to controversy. She played a 12-year-old prostitute in Pretty Baby (1978) and was nude in 1980’s The Blue Lagoon.

In the early 80s, she was the most famous teenager on the planet – modeling for Calvin Klein and hanging out at Studio 54. She would even hang at Studio 54 with Calvin!

Brooke is seen here with Calvin Klein at Studio 54 in 1980. Despite what went on around her at the wild club, she remained true to her values. “I would get invited to Studio 54, but I’d leave before all the craziness and drugs happened. I never saw the bag passed around,” she insisted on her days at the infamous New York City nightclub. 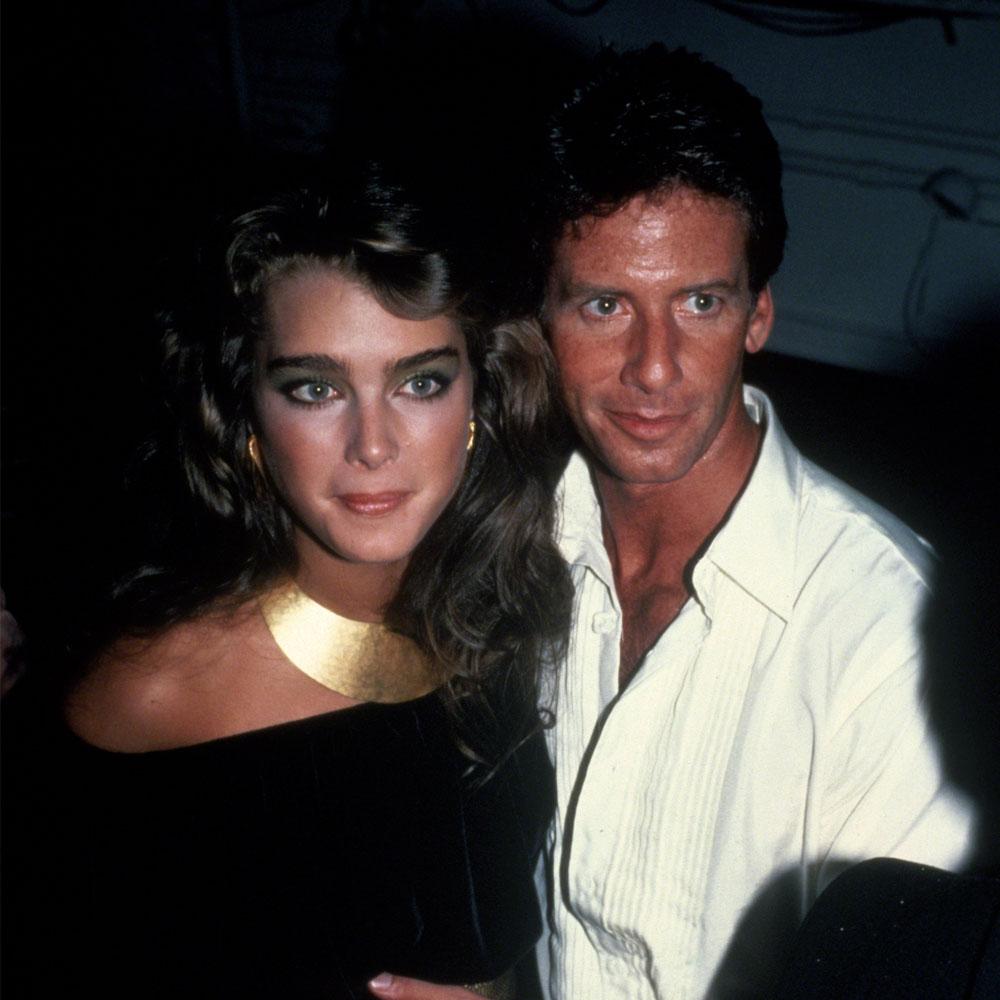 And in the decades since, Brooke Shields has beentrying to maintain her youthful innocence. the former child star opened upabout being invited to nightclubs at an early age and how she was able to avoidfalling into bad habits.

Reunited and It Feels So Good

Thirty-seven years later, Shields at the time 52, reunited with Calvin Klein to model the brand’s sexy yet sporty lingerie line in the July issue of Social Life. She stunned in white bra and panties from Calvin Klein’s lingerie collection.

The former model also talked about how motherhood changed her body image since her days of high-fashion modeling. “Since I’ve had kids, my body has had a purpose rather just needing to look fit or pretty,’ she said. Brooke continued, “I started to enjoy it in different stages – and I have clothes to fit all those stages.” 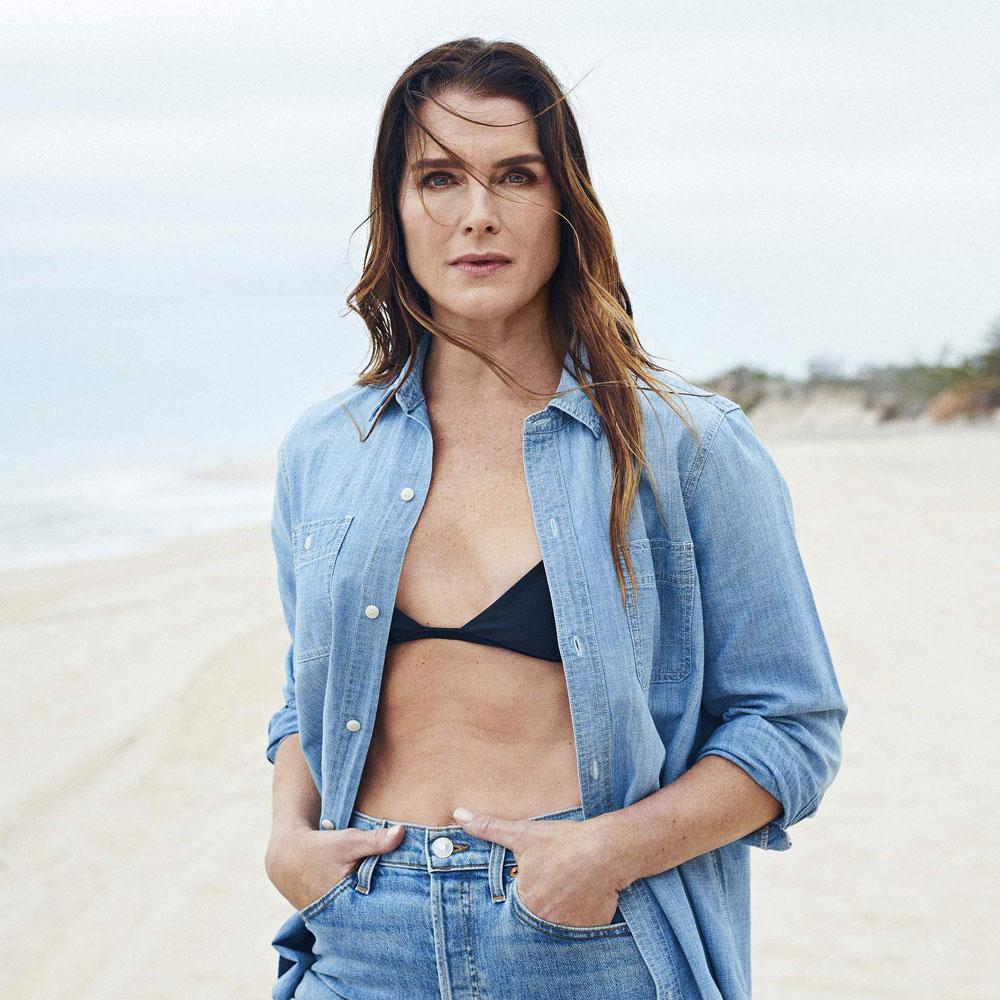 But fitting into her Calvins will always be her number one goal.”I made it my mission to get into them, which I did. They zipped up… they didn’t look pretty… but I was like, ”Look! Look!” …So we’re wondering where are the originals from the shoot?

Unfortunately, Shields doesn’t keep them at her home, they’re currently on display at the Metropolitan Museum of Art. But she does have a pair from the same collection, “I do have the originals,” she said about her first-ever Calvin Klein jeans. “I found two of them because my mom kept everything, and I put them on and they’re literally, they’re like up to here,” she said, indicating that they’re high-waisted.