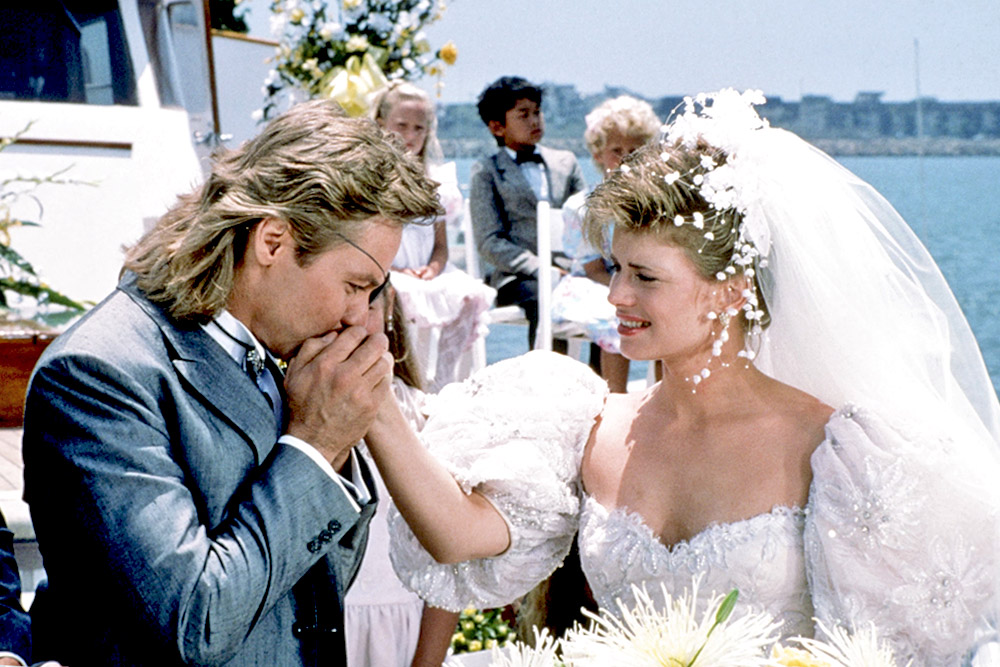 Despite the constant drama endured by their characters, some soap actors managed to hit it off behind the scenes. Forget the brawls, love triangles, and deception - we're bringing you some of your best-loved soap actors and the healthy and happy relationships they're in! Take a look at how many of these daytime stars you know about...
read more 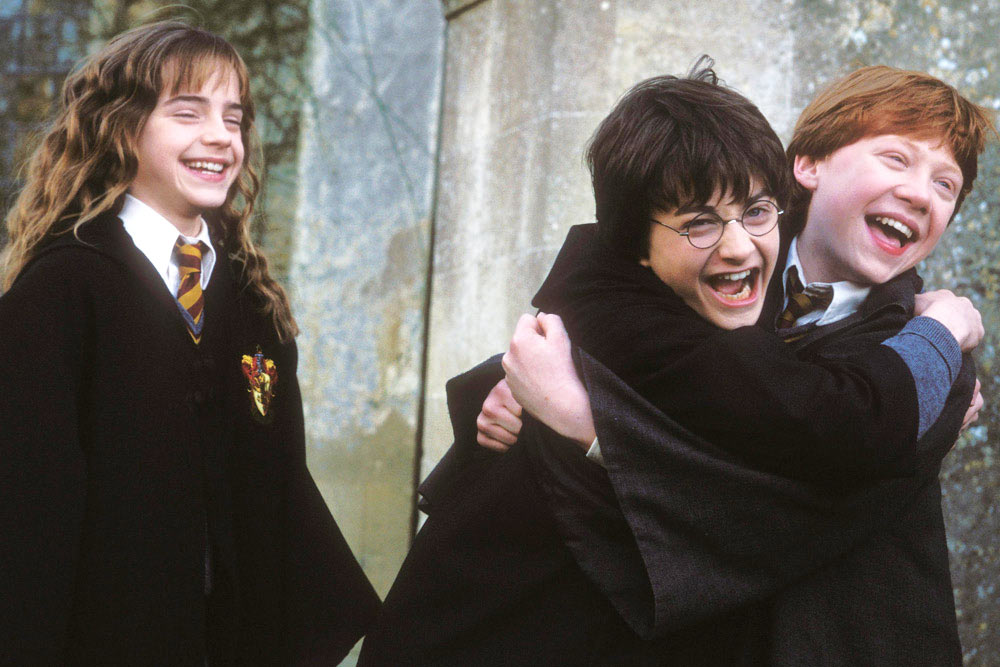 No matter how many years pass, the magical world of Harry Potter will always hold a special place in our hearts. Since the release of the first film in 2001, the world has watched as the young cast grew up on set and completely owned their breakthrough roles. Popular Everything has collected some behind the scenes photos offering a glimpse into life behind the magic and what it was like growing up within the corridors of Hogwarts.
read more 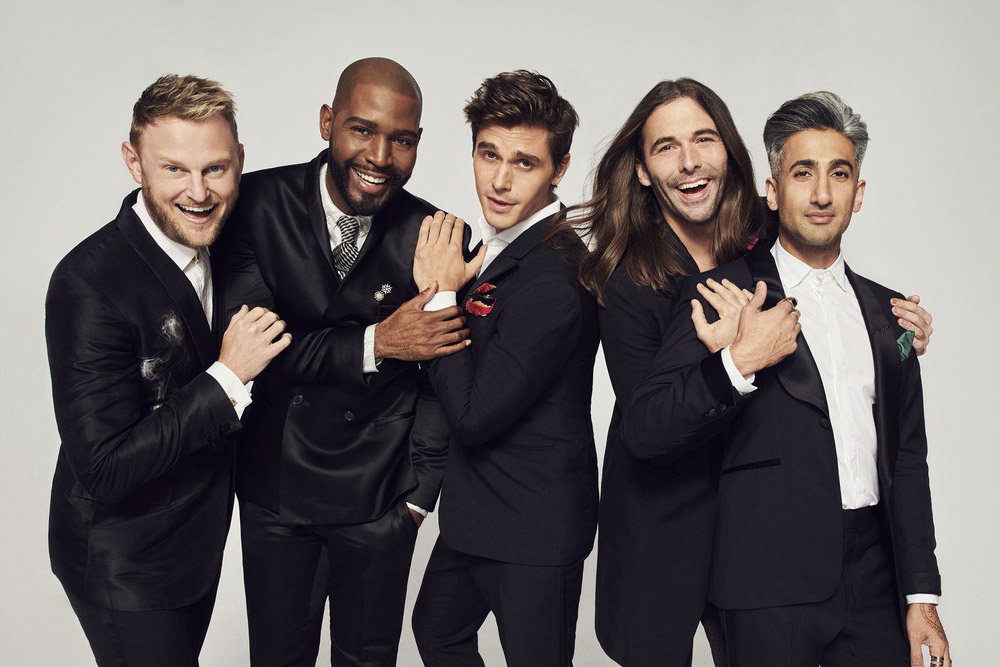 To put it simply, Netflix's hit new series, Queer Eye, is one of the biggest makeover shows out there. Over the years, the team known as the fab five work tirelessly to teach each contestant a little about self grooming, and a lot about self love! Here is Popular Everything's roundup of some of the most inspirational transformations the four-part show has ever seen. Get ready for a couple of tear jerkers.
read more 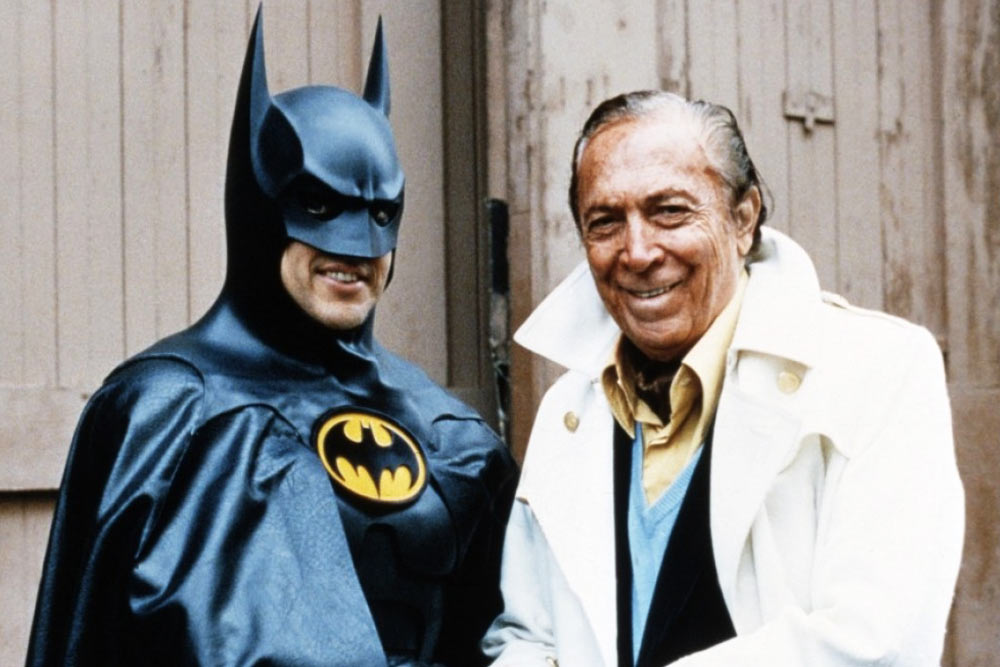 All of you superhero fans better listen up, we're paying a visit to one of the best guys in the business! Popular Everything is taking a look at some of the most influential characters from the Batman movie series over time, from the early motion pictures to the most recent. What's more, we're showing you all of the big A-list celebrities who decided to give them a shot in acting them out. Get ready to see some serious blasts from the past!
read more 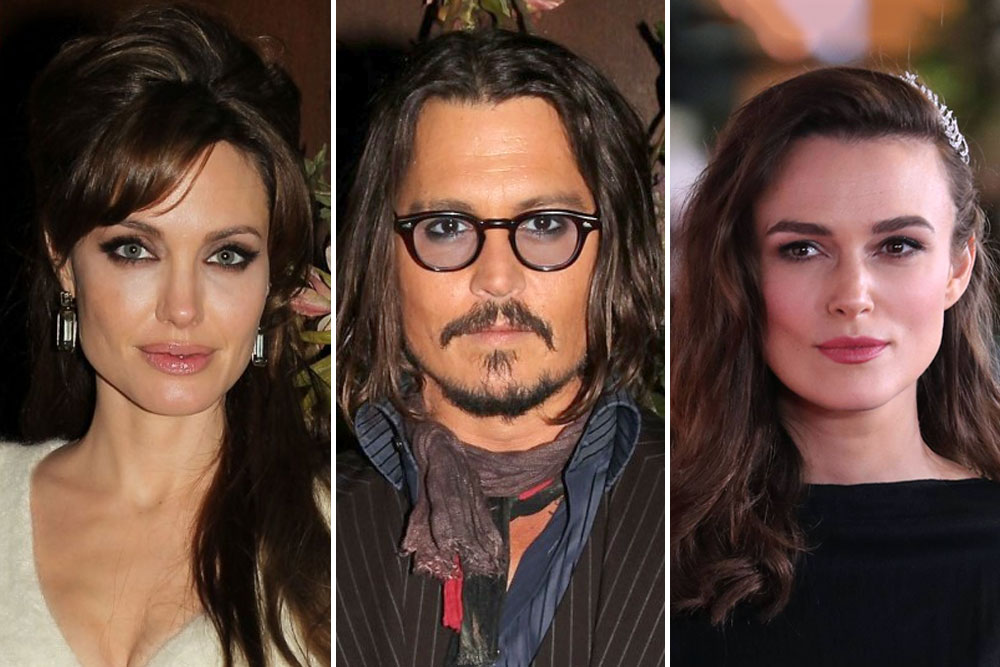 Some actors find their Hollywood niche and just embrace it. And we can't blame them. Why take a risk. Some of our favorite actors may not even realize that they're playing the same role in every movie. So we're here to remind you of the greatest typecasts Hollywood has produced.
read more 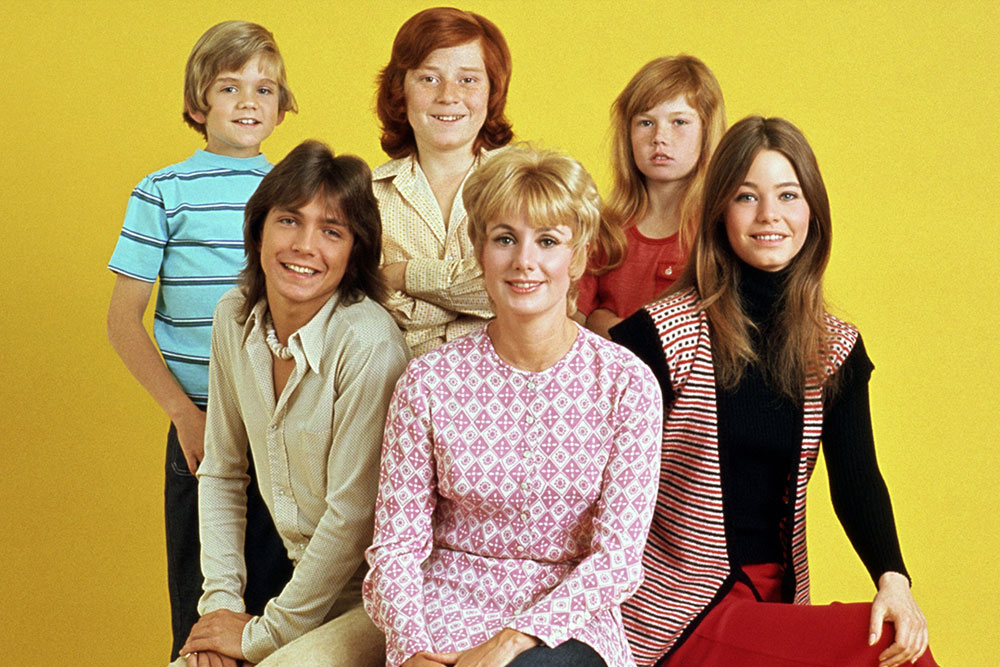 As kids in America, we all grew up watching our favorite family TV shows. It was exciting to see the way other families lived out their lives on the screen. And our favorite family shows would not be what they are without a lovable TV mom. At Popular Everything, we've complied a list of our favorite TV moms that always keep us entertained.
read more 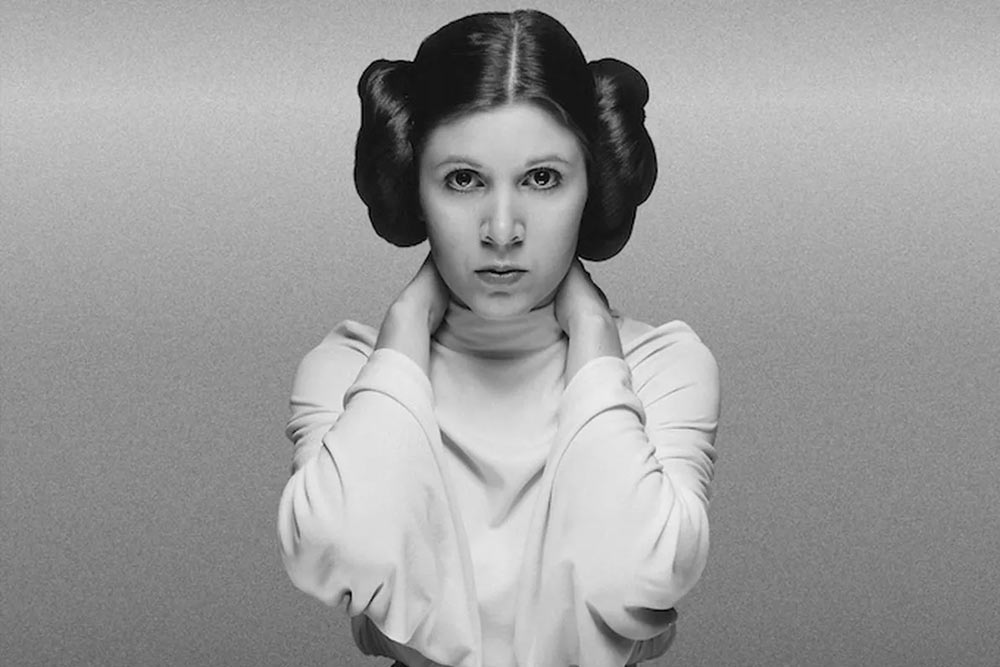 Carrie Fisher, known to the world as Princess Leia sadly passed away in December 2016 but her legacy lives on in the Star Wars universe, both as a memory and an ongoing presence. As the teaser trailer for the latest movie, Star Wars: The Rise of Skywalker revealed, Fisher will still appear in the film, even two years after her passing. It seems filmmaker, J.J. Abrams does not yet see a universe without its rebellious Princess.
read more 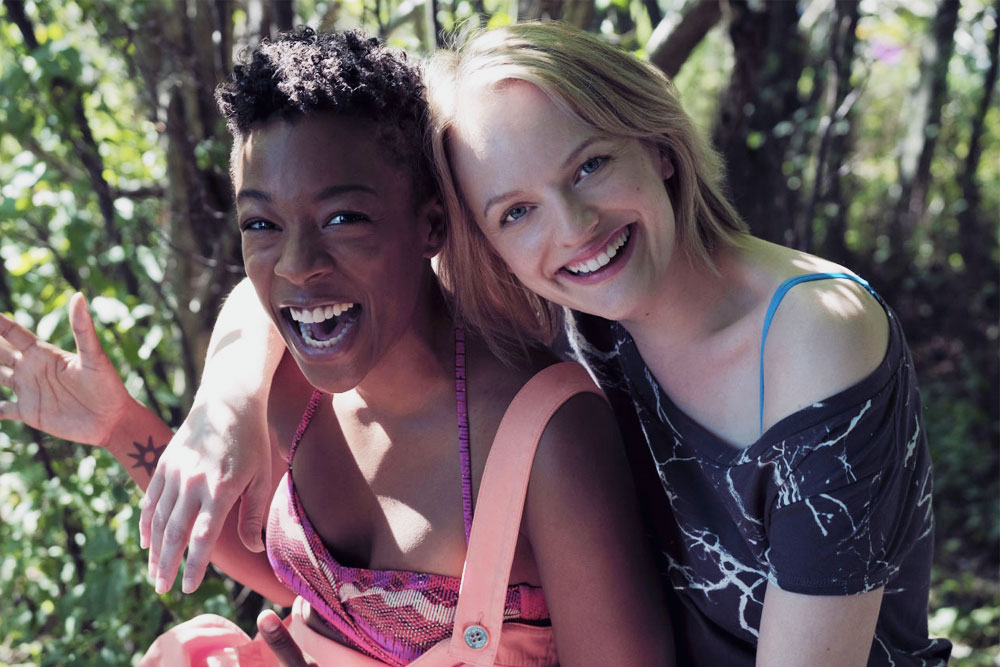 The dystopian TV drama that doesn't hold back. As this dramatic season comes to an end and we receive news of its 4th season renewal, check out what the cast of the hit series really look like away from the set.
read more 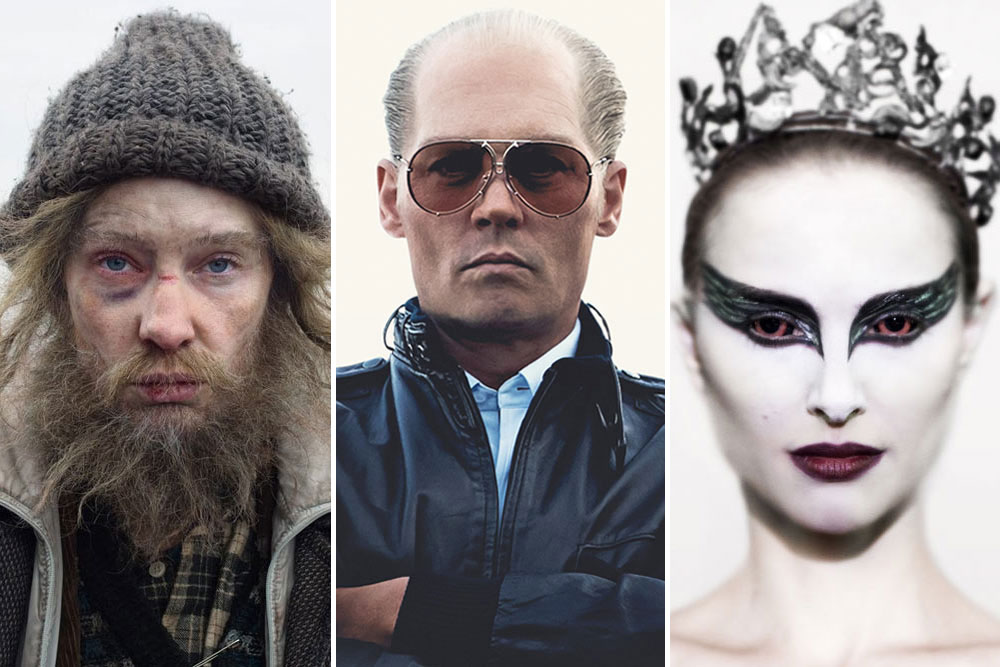 Actors, they're just like us. Well, some are a little more dramatic than us. Others are a little more extreme. These 'method' actors will go to extraordinary lengths to immerse themselves into a role. Some become so entwined with their character that you start to believe they just woke up like that. So, we're paying kudos to these fearless actors who went through dramatic changes for their craft. Here are some of the wildest character transformations we've ever seen.
read more 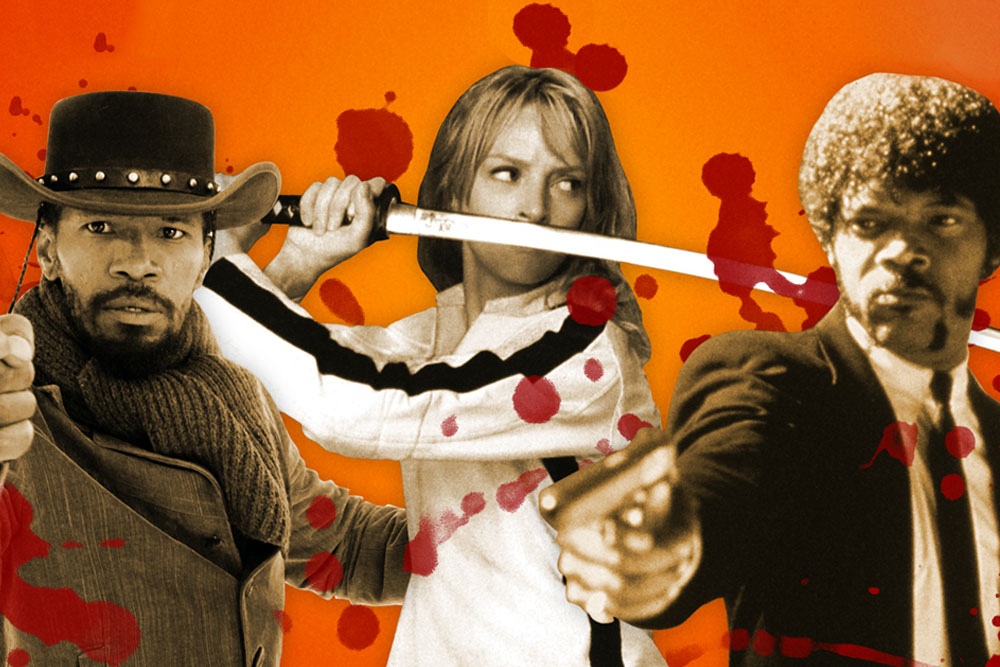 The Oscar-winning filmmaker Quentin Tarantino has long maintained that he wants to give up moviemaking after he completes his tenth film because, in his mind, a director’s quality of work only gets worse as they go along. Tarantino feels like he wants to leave behind a work going out with a bang, so far he’s on his way.
read more 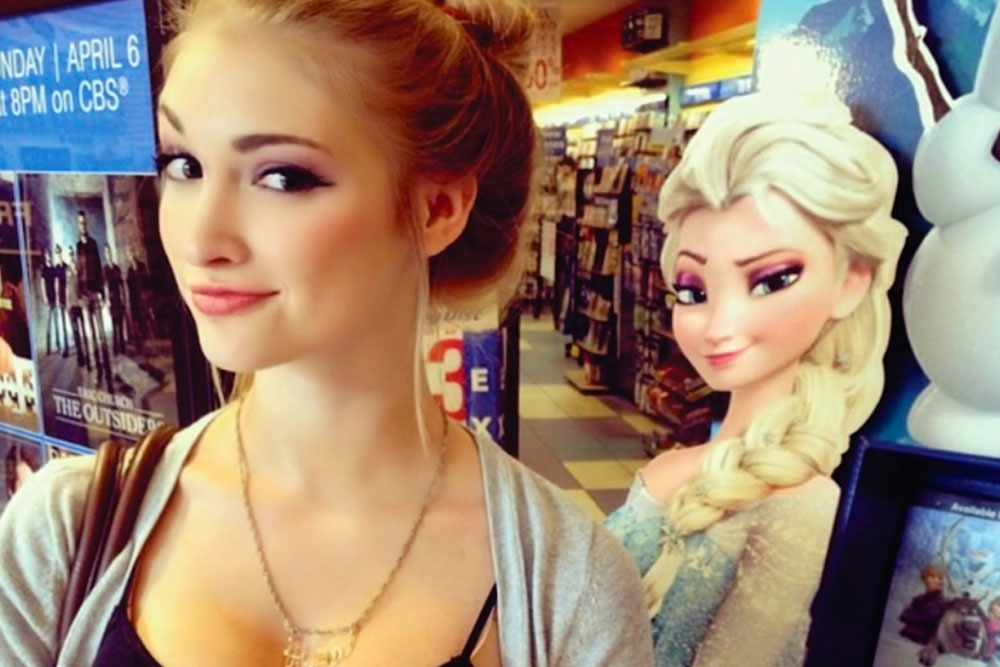 We have all been told we look like someone whether we agree or not: sometimes the resemblance can be hilarious. Especially when we compare celebrities to their cartoon doppelgängers! We’ve complied a list of some of the craziest resemblances to animated characters that will make you have a double take. Check out these twinsies!
read more 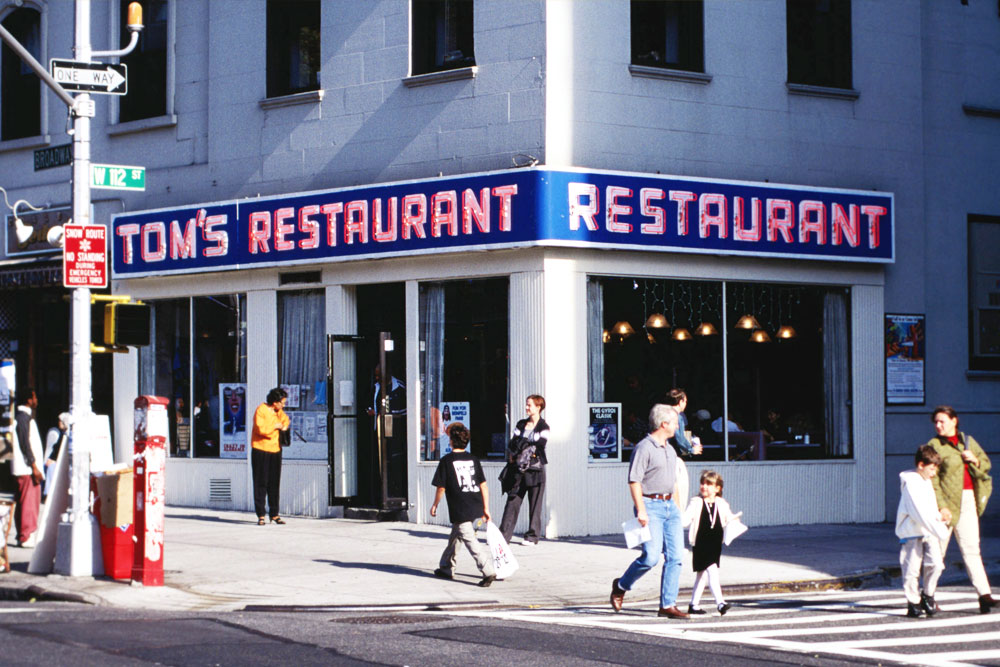 Every once in a while, while kicking back and enjoying our favorite series or movie, we can't help but recognize a specific vista, coffee shop or frequented beachfront. Our team of movie buffs has collected some of the most iconic scenes in entertainment history and have scoured the earth to find their real-life filming locations. Take a look at these incredible side-by-side comparisons and find out where you need to travel in order to see for yourself.
read more 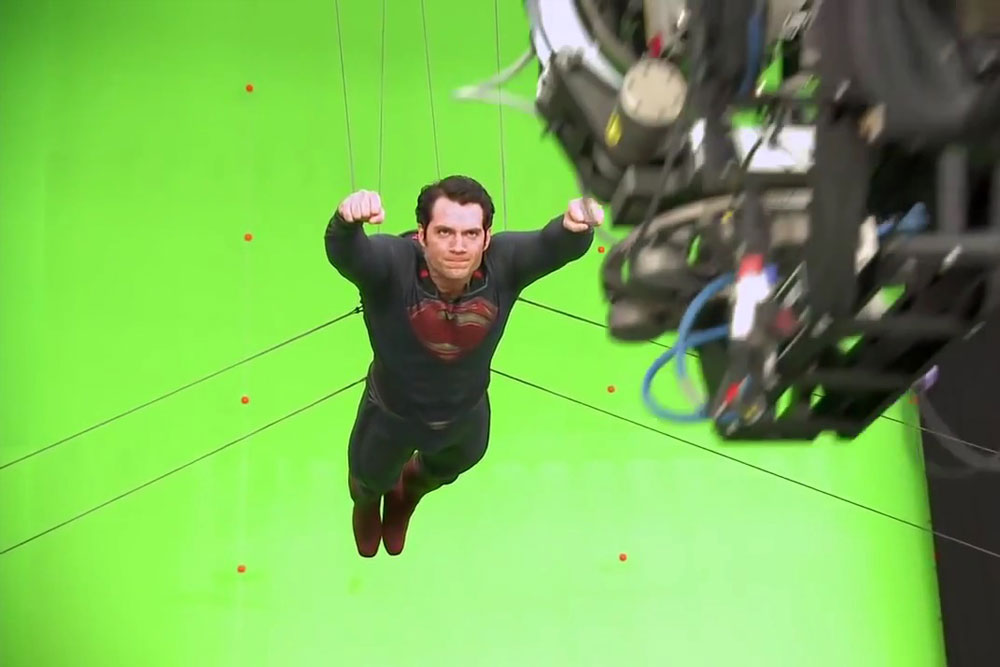 As audiences, we tend to forget how much work is really put into some of our favorite Hollywood masterpieces. We are so wrapped up in the world that these dedicated individuals have created for us, that we forget about the real men and women behind the scenes. Here we take a look at those rare moments where actors and filmmakers are captured on set and doing what they do best from a whole new perspective.
read more 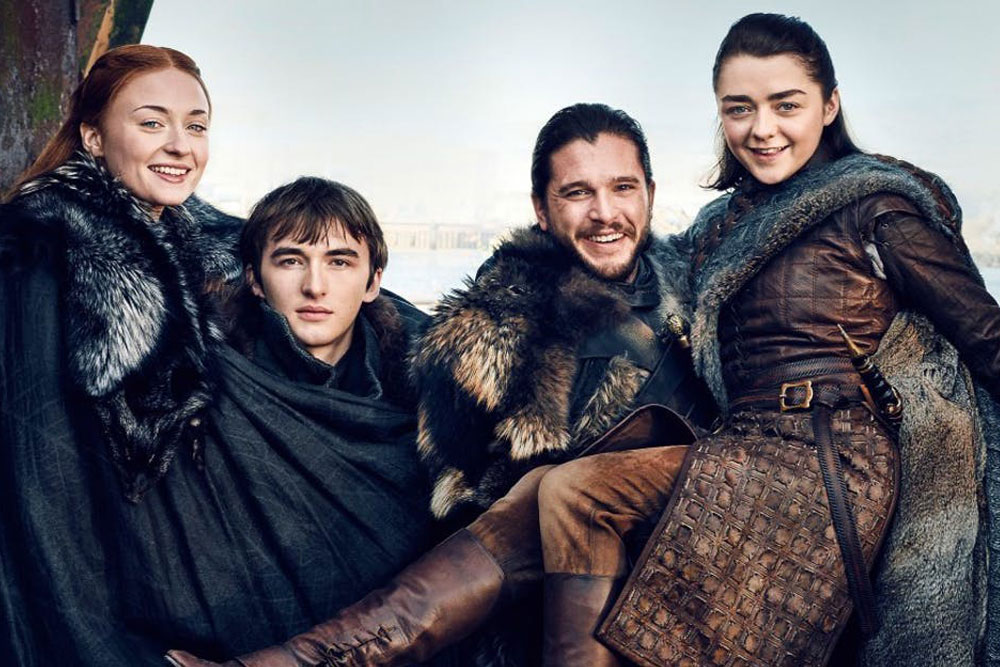 All of you Game of Thrones fans better listen up! Have you ever wondered how accurately the HBO series portrayed the written accounts by George R.R. Martin? Popular Everything has done the digging to discover how well the onscreen versions of these characters match up to the books, you may be in for a surprise with a few of them!
read more 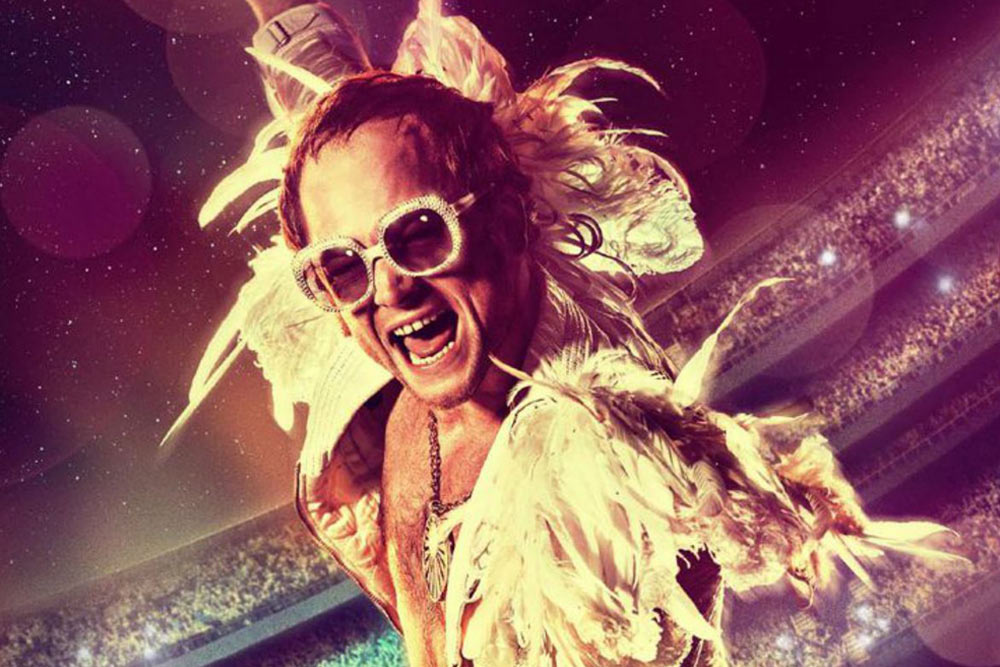 Popular Everything is exploring actors as they portray historical figures on the big screen. While some miss the mark, many have been nominated and won awards for their spectacular performances living out the lives of these fascinating individuals for the world to watch. We’ll look at what it took to portray such iconic figures and how closely they resembled their characters.
read more 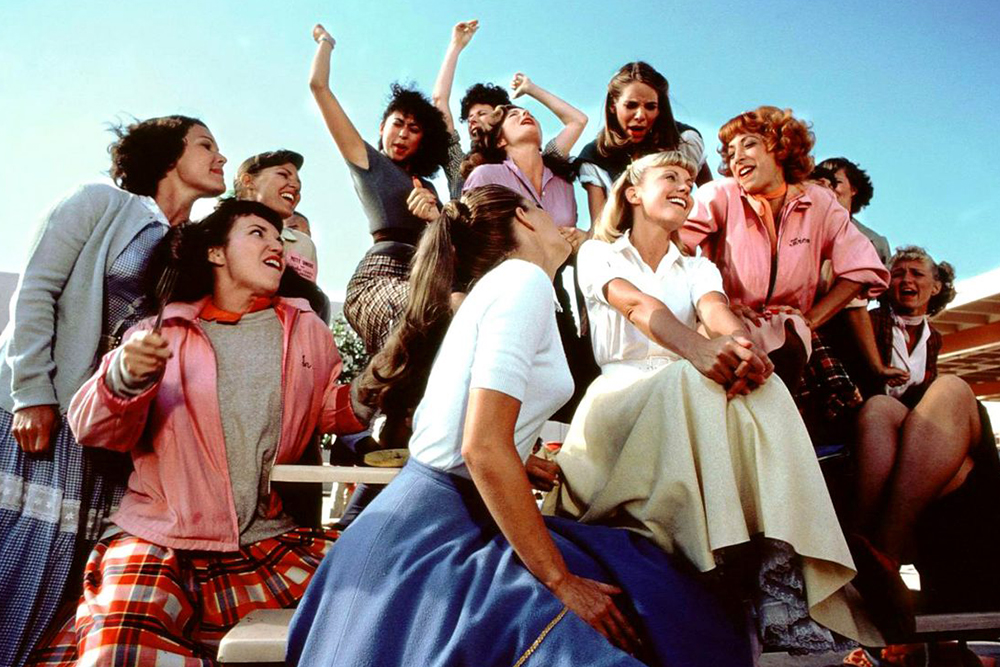 Grease the movie, released on June 16, 1978, not only became the highest-grossing film of that year but also the highest grossing live-action movie musical of all time. Generations of music and movie lovers continue to fall in love with the quirky characters and sing along to the upbeat songs. There are many interesting stories behind the making of the movies most memorable scenes that even the most die-hard fans might not have heard. Well, we've got the facts that you want. Take a step back in time to poodle skirts and leather jackets and find out all you need to know about the making of Grease.
read more 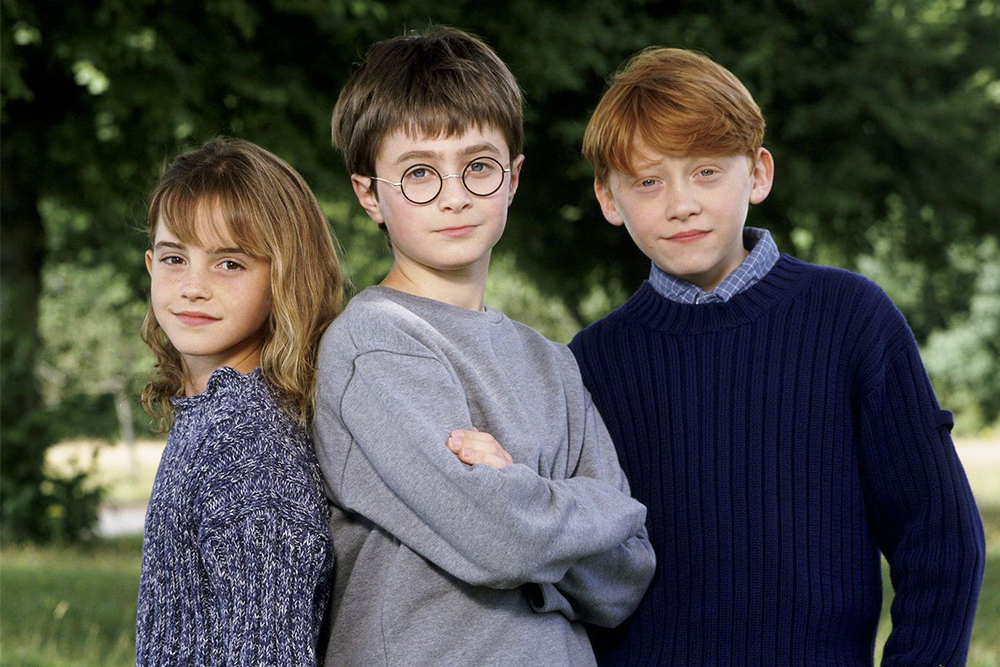 It's been almost nine years since the last Harry Potter movie graced our cinema screens, but we still want more! In an attempt to satisfy all of the Potterhead's needs, we're catching up with some of the biggest stars from their movies. We've had great fun discovering how these actors and actresses have not only matured in looks, but career-wise too, and we bet you will too!
read more

It's time for a little daddy appreciation! Popular Everything has rounded up for you only the most moving pictures taken between various fathers and their beloved little girls. We have to warn you, you may start welling up at some of these adorable pictures!
read more 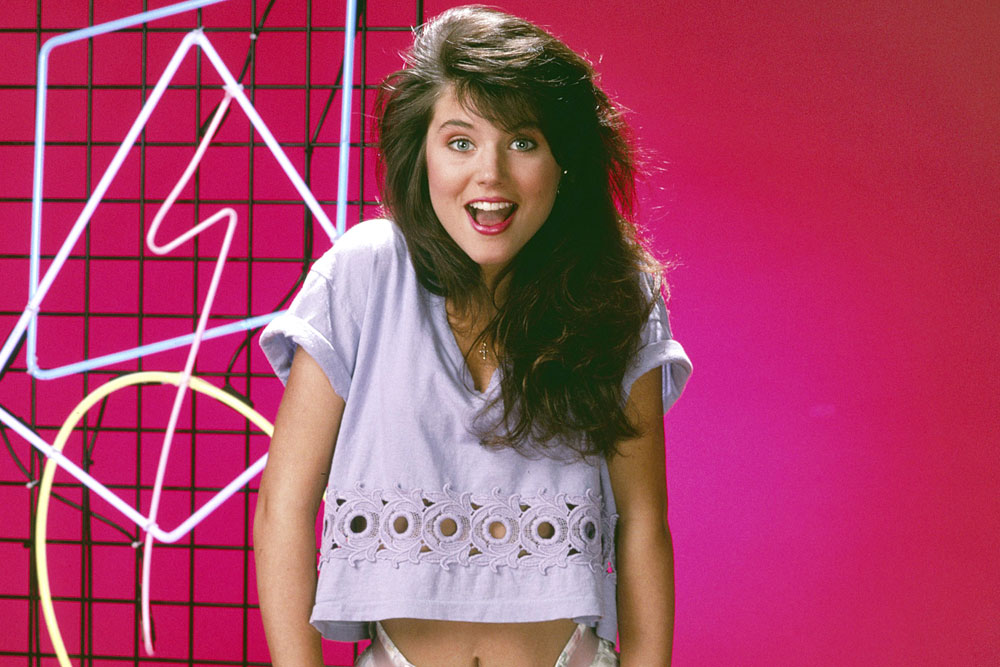 Popular Everything explores TV’s most charming and alluring girls next door. She’s all-American, wholesome, sweet and innocent, yet often unattainable. Her persona is somewhat mysterious though she is kind and caring. She is charming and intelligent with looks of an angel. We'll check out the classic "girls next door" and what made America fall in love with these sweethearts.
read more 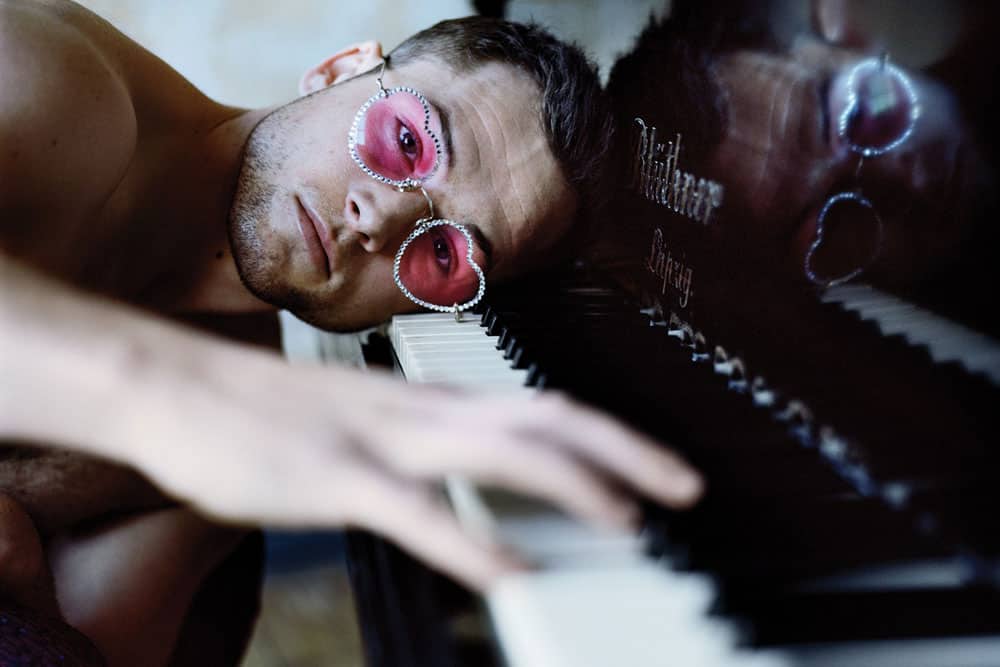 Taron Egerton's portrayal of Elton John can be seen now in the much anticipated movie about the singer's life, Rocketman. As people around the world eagerly flock to theaters to see this project on the big screen, Egerton wears his doubts on his sleeve. A lot of doubts have to do with Rami Malek performance as Queen's front man, Freddie Mercury.
read more 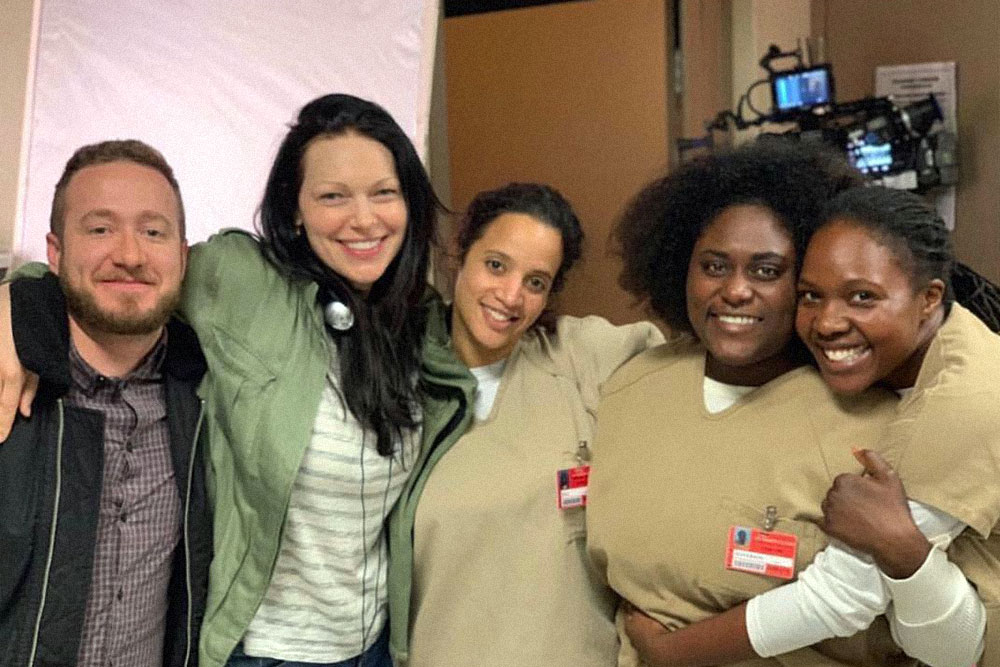 On July 26, 2019, Netflix will air the seventh and final season of the groundbreaking series, "Orange is the New Black." The show, created by Jenji Kohan first graced our screens in July 2013 and has since taken the world by storm with its talented cast, controversial topics and intense cliff hangers. Although there is no official trailer to confirm plot points for the upcoming series finale, the cast and crew have provided their loyal fans with a sneak peek into the last days of filming. Here are their emotional, behind the scenes photos as well as all you need to know about the upcoming final season of "Orange is the New Black."
read more