While we all sat in our assigned seats, ready to hear about the “hero” Christopher Columbus, the man who found America, our wide eyes, and broad smiles made it hard for our teachers to tell us the dark truth about this man who was anything but an exemplary. 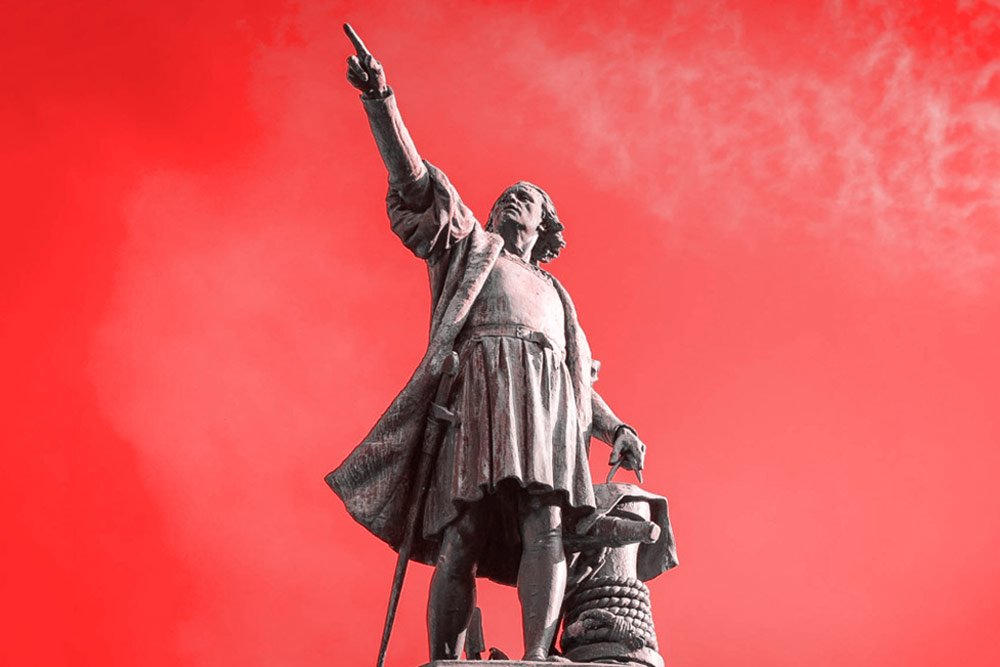 What we were told: In 1492 Columbus sailed the ocean blue. He went off on a voyage to find the new world and prove that the world is not flat. Eventually, his expert sailing skills lead him to America where he met these nice natives and then everyone had a feast and was thankful. The end!

While the “kiddy” version of Christopher Columbus’s story is all too cute to ruin, Popular Everything thinks the truth should be heard… despite how ugly it may be! Here’s the lowdown on who Columbus really is. 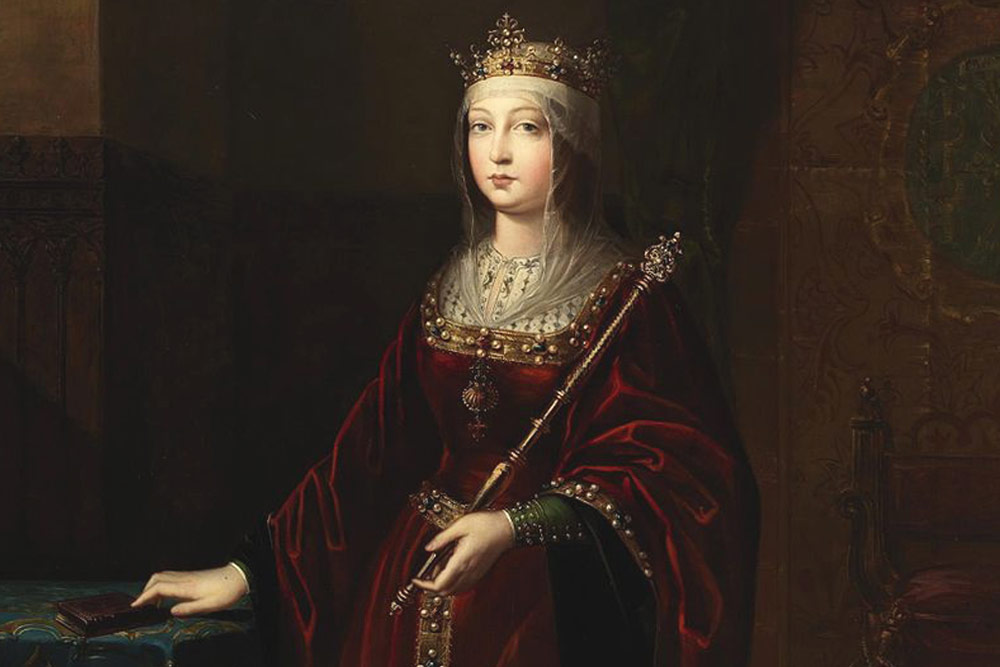 Some Historians found it to be no coincidence that Queen Isabella had enough wealth at hand to finance this famous voyage. In the years leading to the day Columbus set sail, Spain carried out the Spanish Inquisition during which they confiscated the wealth of those who converted to Catholicism but were deemed heretics as well as the wealth of Muslims and Jews who refused to convert. The same year that Columbus sailed the ocean blue, was the year that Queen Isabella ordered Jews and Muslims to convert or leave the country. Hundreds of thousands fled the country carrying as much as they could and leaving the rest behind for the Spanish to collect and use at their disposal. 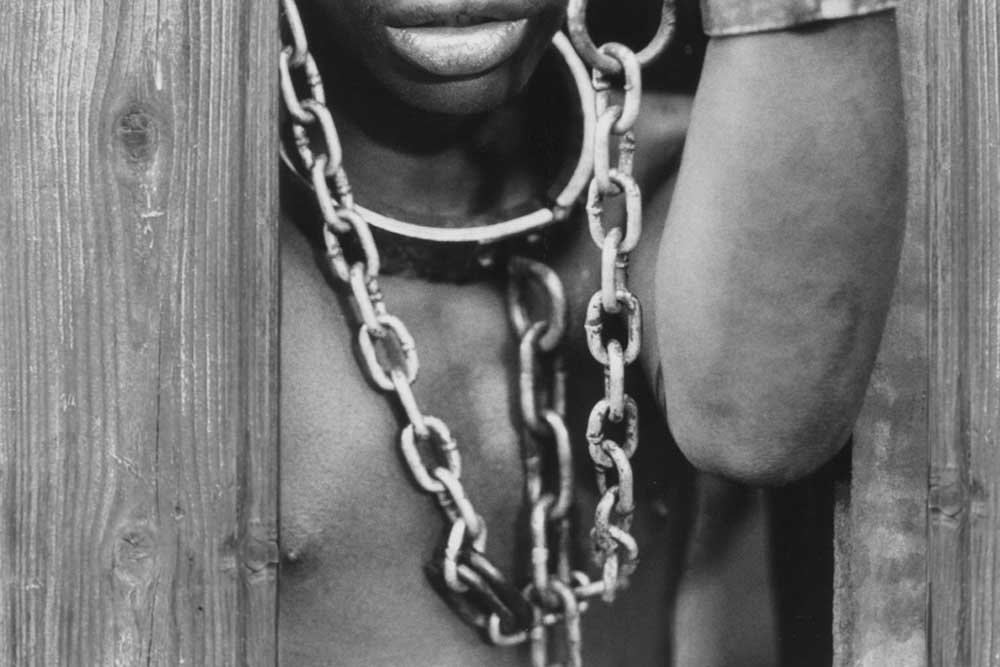 Christopher Columbus captured men, women, and children, from the island of Hispaniola, selected the “best fit” and took them back to Spain to sell them as slaves. Hundreds of those who were captured died on the way.

Natives Had to Pay for Their Lives 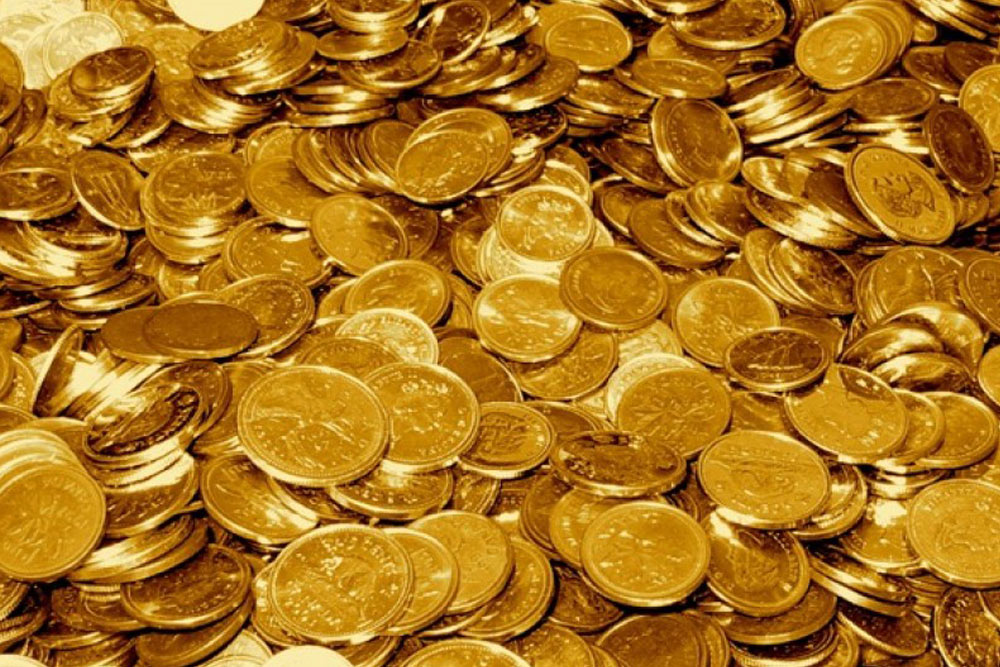 Christopher’s main mission was to bring back gold to Spain. He was convinced that on, what is now called Haiti, there was a hidden abundance of gold. He, therefore, ordered that all natives, starting from a certain age, bring a fixed amount of gold within a short amount of time. If the task was not completed, the punishments were brutal. 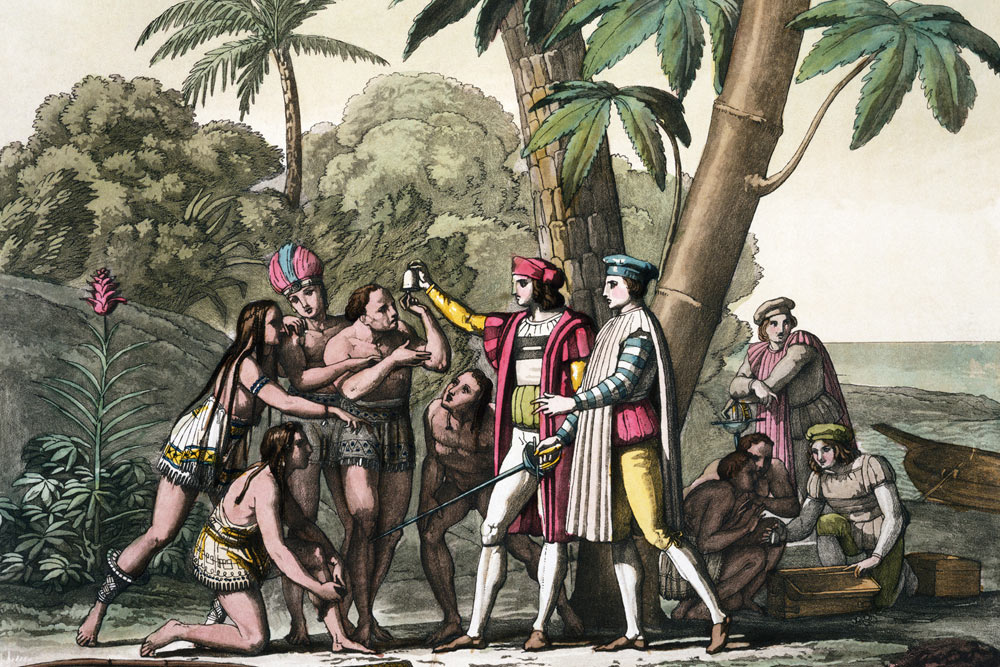 Contrary to benevolent pictures painted around this American “hero,” Christopher Columbus captured and enslaved many of the natives he encountered as he viewed them as objects. In his journal, he describes them as ignorant and well-built, with good bodies. He added that with a bit of force, he would be able to make them do whatever he wanted. 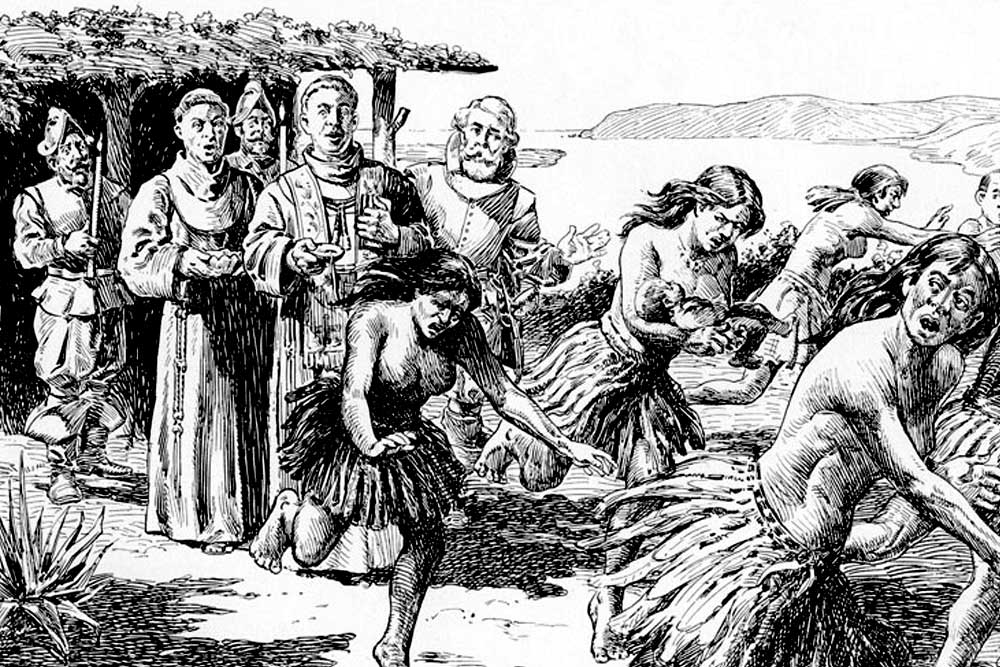 In addition to enslavement and cruelty, Christopher Columbus and his men forced indigenous people to give up their own beliefs and convert to Christianity. 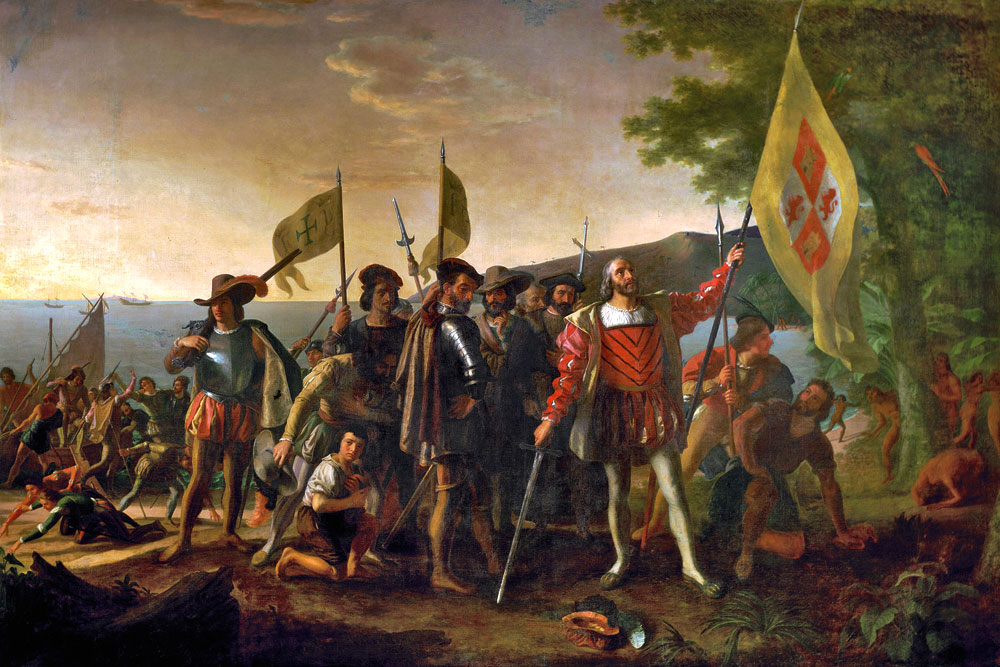 Christopher Columbus was not alone in his unforgivable behavior. Those who were led by him were just as evil. It was recorded that Columbus’s men showed no mercy or respect towards the indigenous people they encountered. Using their weapons as an advantage to hold a higher power, these men carried out acts of cruelty for their entertainment.

Extinction of The Arawaks 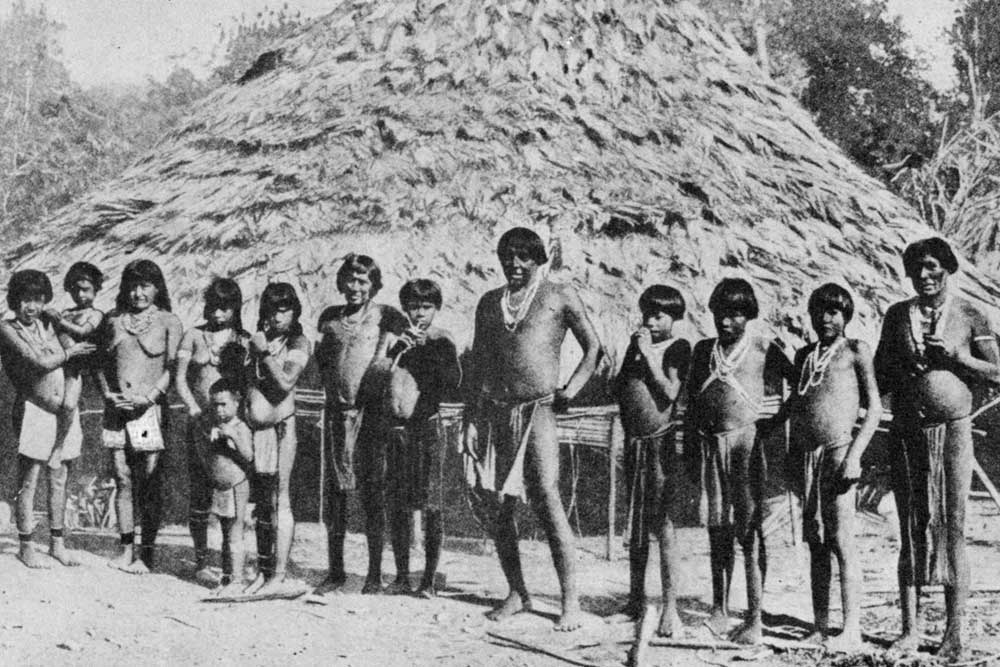 Christopher Columbus’s presence among the Arawaks, in what is now called Haiti, lead to their full extinction. Between the captivity and cruelty, the slowly disappearing Arawak people were out of options; many drank poison to escape their realities for good. By 1650 there were no Arawaks left.

Not Too Many Were Fond of Him 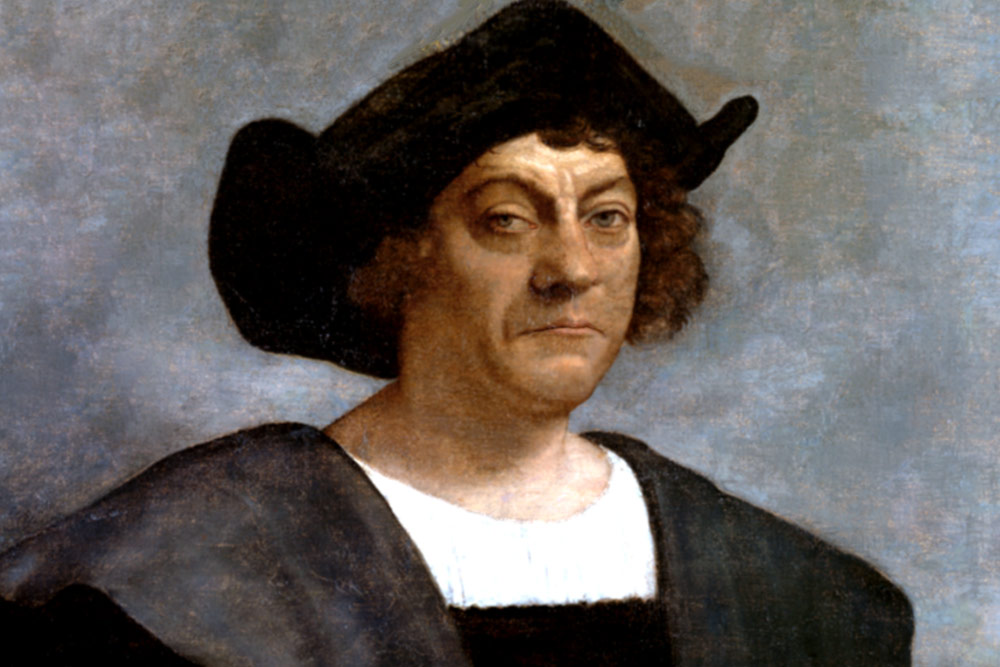 While the truth about Columbus’s character is hardly brought up today, his offensive actions were evident to many who were alive in his time; and they did not like it one bit. Settlers protested Columbus leading to his temporary arrest and loss of his executive role. 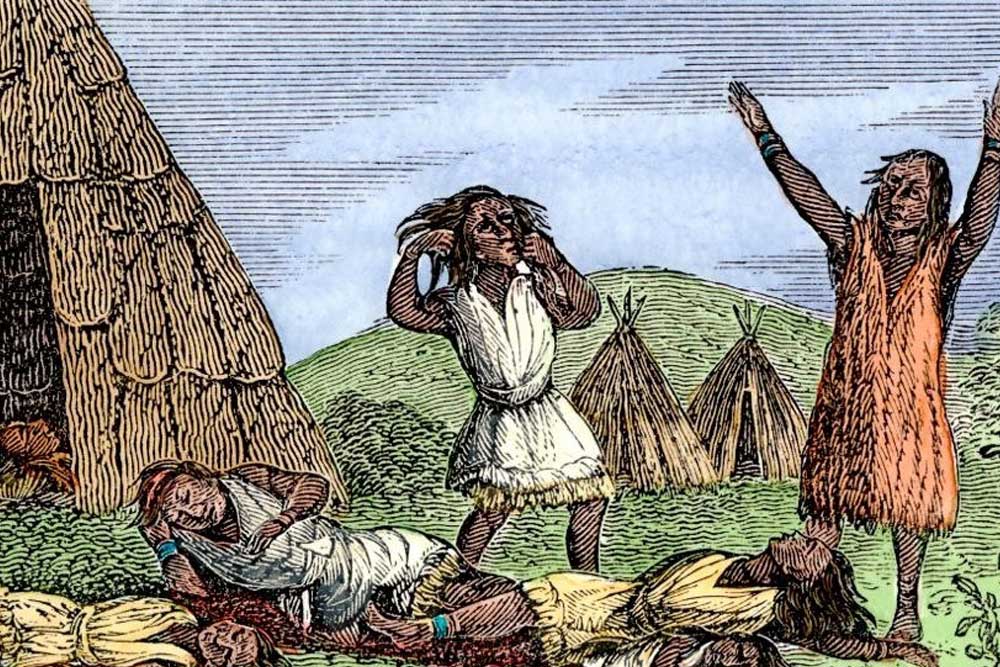 Historians go as far as to speculate that Christopher realized that Native Americans were not immune to diseases that the Spanish were, and therefore traded ill livestock as a way to spread sickness and conquer the land more easily.

Today, many of those who know the truth about Christopher, his men, and his mission, are protesting Columbus Day as well as Thanksgiving. Perhaps we should all find a different day to say our thanks.