The Erie Thing About Milk Cartons

Growing up our parents warned us about staying safe when we went out without their supervision. They might have said something along the lines of “don’t do that, I don’t want my child to end up on a milk carton.” Those types of sentences come from a long history of fear that every American family felt when they reached for milk in their homes. For those of you who do not know, milk used to be an American staple. 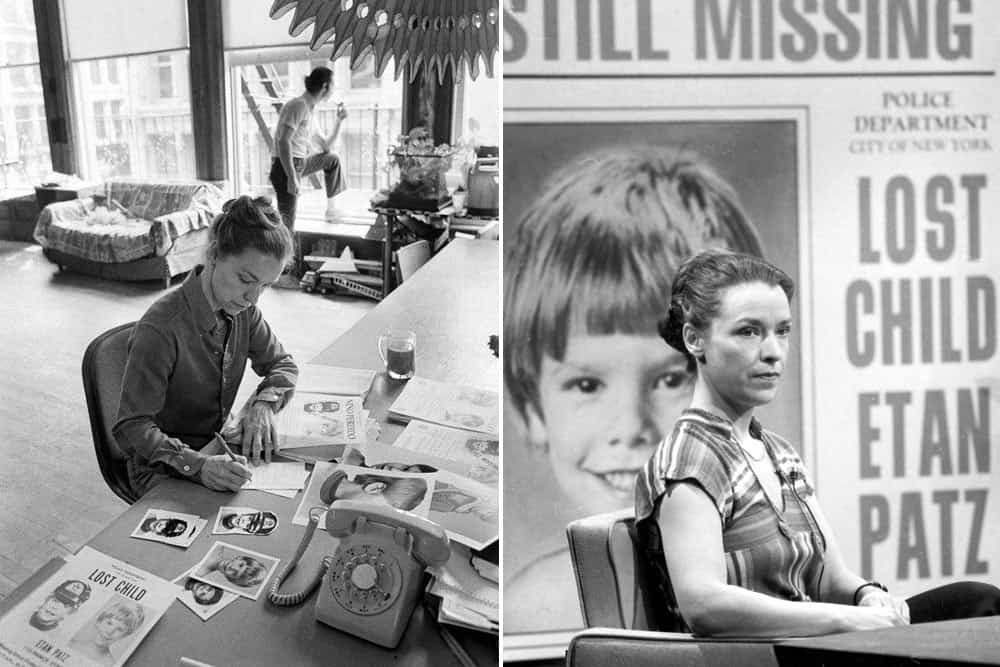 Although American milk consumption significantly dropped with the rise of milk alternatives; there was a time when kids were encouraged to drink milk on a daily basis. Almost every home had a milk carton in the fridge. That’s why it was a brilliant idea to put the faces of and information about missing children on the cartons. It gave the important and urgent topic maximum exposure. Unlike today, missing children did not get serious media attention. However, after the milk carton movement, everything changed. The first children to have their names, faces, and information on a milk carton were John David Gosch and Etan Patz.

It was the Friday before memorial day weekend in 1972, and the young boy’s parents let six-year-old Etan go to the bus station alone for the first time. Etan had been begging for his parents to let him go alone, like all the rest of the kids for a while. 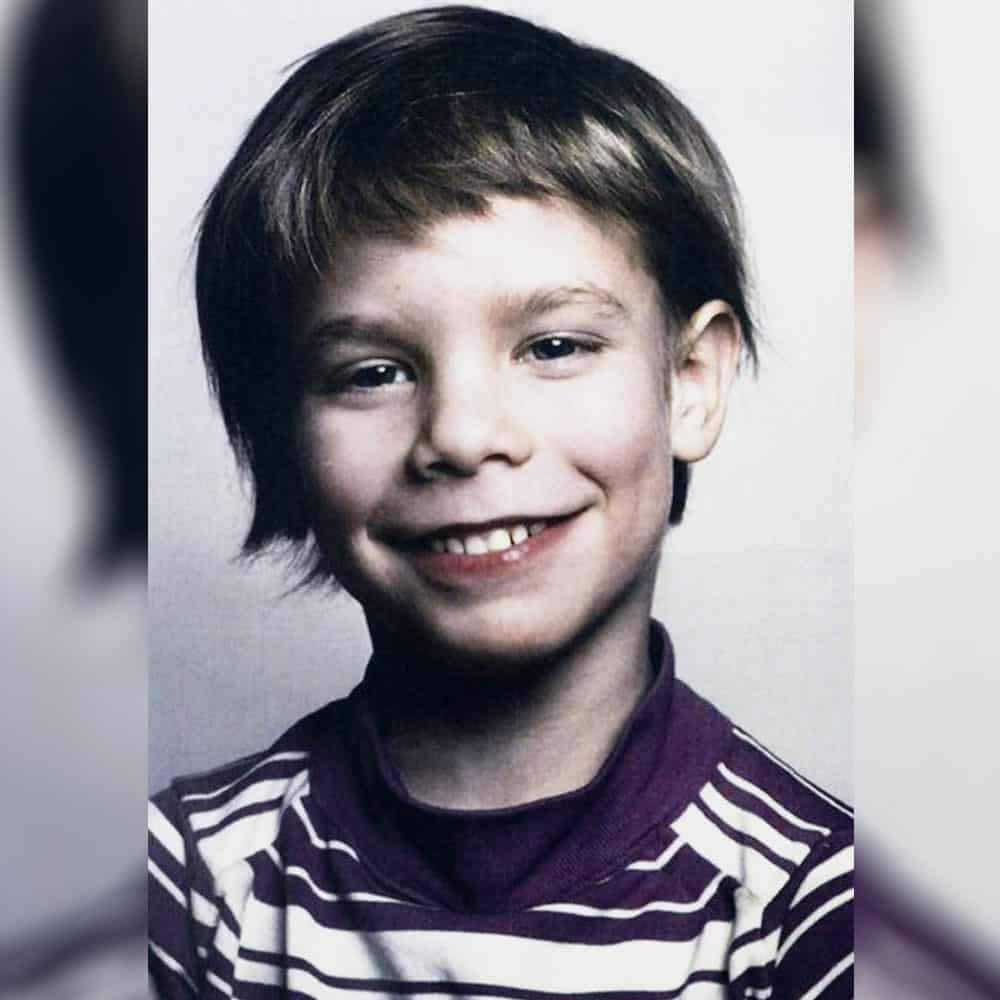 His mother walked him downstairs and sent him off to the station which was only two blocks away. She went back upstairs, and that was the last time she ever saw him. Etan did not come home from school that day and when his parents called his teacher and found out that their son did not even show up for school. The Patz family made countless flyers with their son’s picture on it. 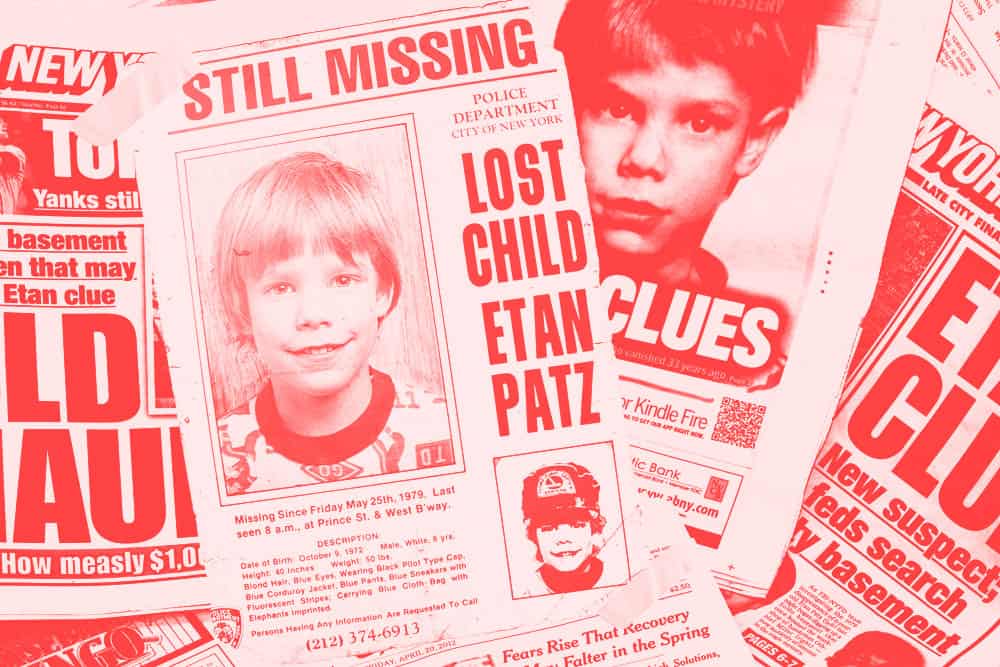 The Patz family never gave up. They lived in the same house and refused to change their phone number. They believed that one day, their son would find his way home. The Patz family did this for 33-years and only in 2012 did they discover what really happened to their son. They knew something was wrong and were not going to give up until they found Etan. Etan’s parents contacted the police and the media to schedule interviews. Soon enough the dairy company decided to place Etan’s face and information on their milk cartons along with other missing children.

What Really Happened to Etan

The police reopened the case and took in Pedro Hernandez for questioning. He was a carpenter who was working near-by for only about one year. When they took him in, he confessed to the murder. Hernandez said that he lured Etan to his store with a bottle of Coca-Cola. He took him to the basement and immediately strangled him. Prosecutors and psychologists questioned the 51-year-old for hours on end. They have come to believe the validity of Hernandez’s confession. 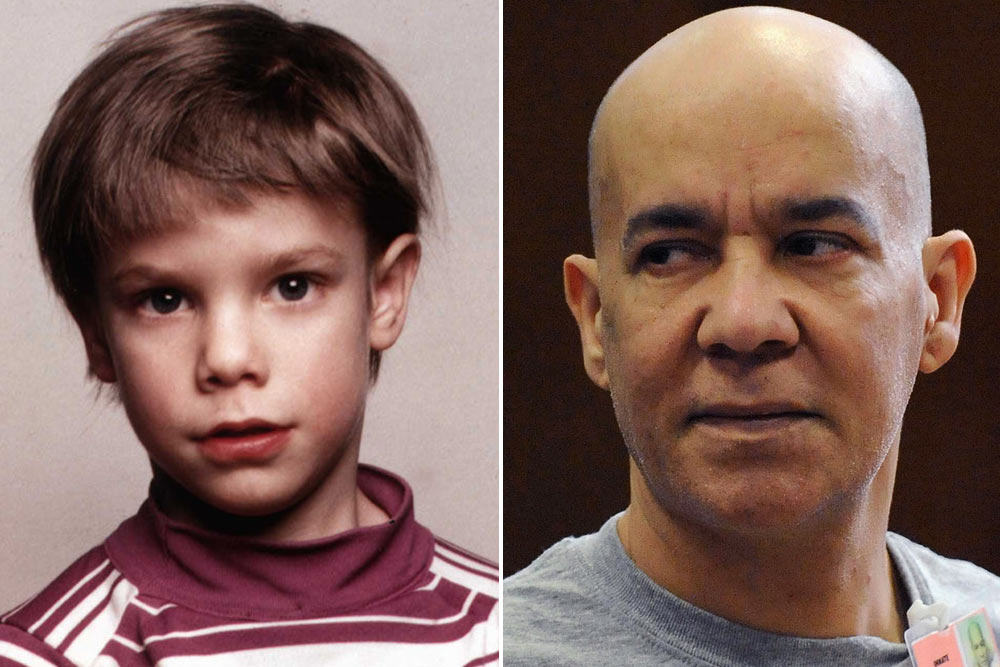 After Etan’s disappearance, Hernandez quit his job and moved away. Police never thought of him as a suspect; they targeted other people who worked in the stores nearby. A convicted child-molester, Jose Ramos, was found guilty for the death of Etan Patz before Hernandez confessed and was ordered to pay the Patz family $2 million, which he has never been able to pay. It took about three decades for the police to identify the murderer of the Etan Patz. However, three decades later, and no one knows one thing about Johnny Gosch

On Sunday, September 5th, 1982, John David Gosch went missing. The twelve-year-old home located in the suburbs of West Des Moines, Iowa. John was a paperboy, so his morning routines were quite regular. He headed out on the same paper route he’d been following every day for months. 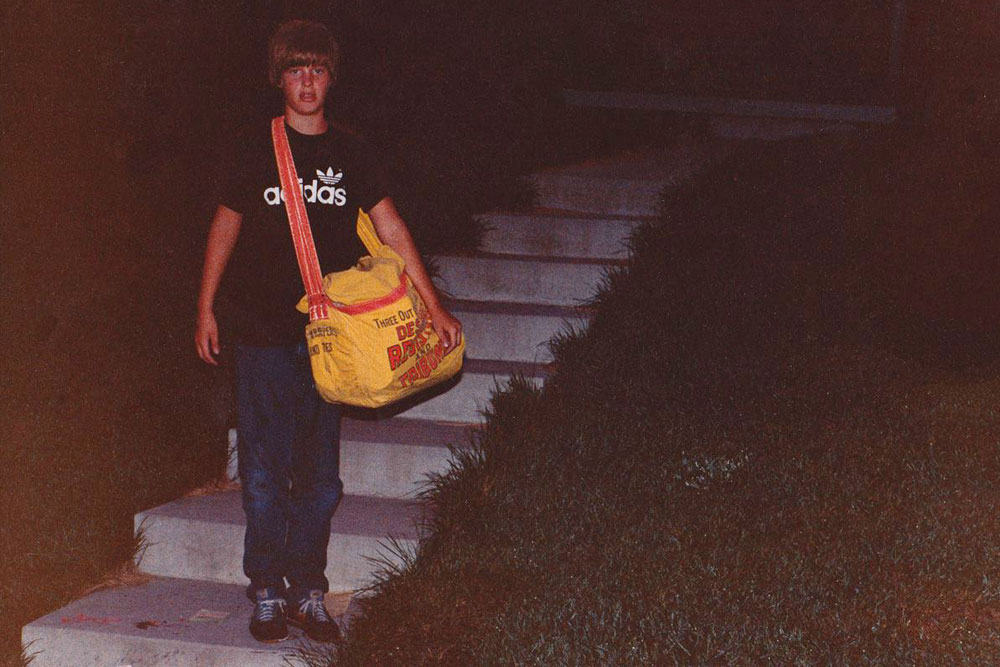 John’s parents did not think anything of it. This was their son’s job. They trusted John to keep safe, and they trusted that the people in the neighborhood were good people. However, they knew something was not right when multiple neighbors called to complain about the fact that they did not receive their paper that morning. Everyone knew that John, was the paper boy, so when they did not get their Sunday paper, they knew exactly who to call. The phone calls were strange. John’s parents saw him leaving for work early in the morning. Something had to have gone wrong for him not do his job so early in the morning. They might have imagined a car crash, an injury, a meeting with a girlfriend. However, the last thing they imagined was the reality of the situation. His father went out to look got Johnny. After walking about a block and a half down Johnny’s paper route, his father saw Johnny’s wagon. It was abandoned and was full of the newspapers he was supposed to deliver. Everyone’s papers were located, but the real mystery was Johny’s whereabouts.

His parents spoke to all the other paper boys who were working that morning. They said they saw Johnny talking to a strange man in a car. When they called the police station, they were met with skepticism and a lack of enthusiasm for helping these parents find their son. This was how missing children were treated back then. But once Johnny’s parents did what they could to find him; missing children would never be treated the same. 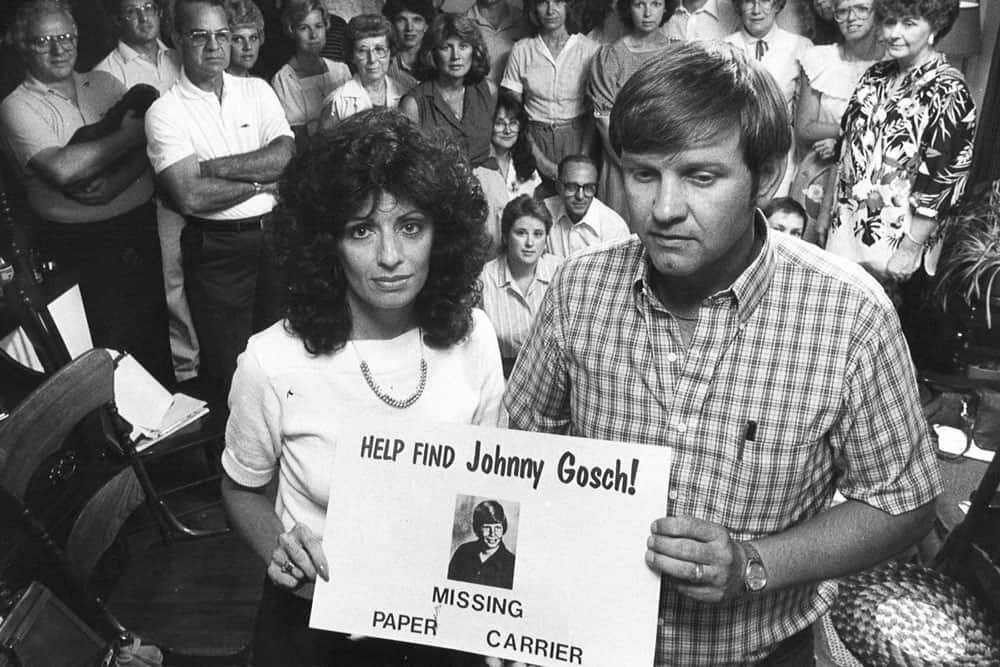 The Gosch family made hundreds of flyers with their son’s face on it. They contacted the FBI and the media and organized search parties. At the time, the police made no distinction between a missing child and a missing adult. In order for a report to be filed, a person had to be missing for as long as 72 hours!

Getting on the Milk Carton

Two years went by without any leads as to where their son was. Another paperboy, Eugene Martin went missing, and that’s when the two suffering families made the historical decision to put their children’s faces on a milk carton. Anderson Erickson Dairy placed the two children’s faces on the side of their milk cartons. Soon after, other dairy companies decided to help out and print these pictures on their milk cartons as well. 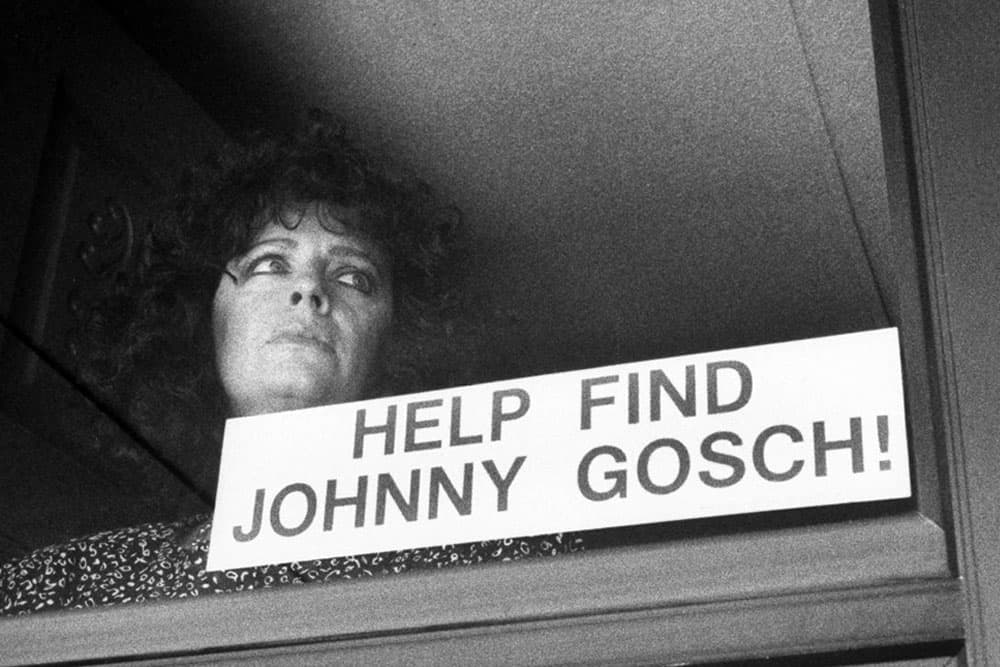 Three decades went by, and none found Johnny. His parents did everything they could to find him but were met with no success. However, their determination and strength inspired many parents whose children went missing to do everything in their power to find their missing child.

The Gosch and Patz families brought the much-needed attention to the issues of missing children. They started the milk carton trend which helped many families who went through the same horrors that they did. When a child went missing, everyone knew about it. Every time someone reached for the milk, they had to remember that somewhere out there a child is missing and that the world is not as safe as they might have thought it was. This type of exposure lifted the blindfolds off of American citizen’s eyes. Parents started to wonder why a child must be missing for three days in order to file a report. Ultimately, people put themselves in the shoes of the missing children’s parents. This lead to legal reforms about how missing person’s cases would be handled.