John F. Oliven, a psychiatrist from Columbia University introduced the term transgender in 1965. Although he is first to coin the term, he did not invent what it stands for. Contrary to many beliefs, transgender, and gender dysphoria has been around way longer than the term itself. The story of Albert D. J. Cashier, a transgender man who lived during the American civil war will prove that.

Jennie Irene Hodgers, an Irish immigrant, served in the Union Army during the American Civil War under the name Albert D. J. Cashier. Although he was born with a female identity, she always felt she was in the wrong body. Today, people open up about the dysphoric feelings they have regarding their gender. However, before ‘transgender’ became a term, people still experienced gender dysphoria. This ain’t new people! 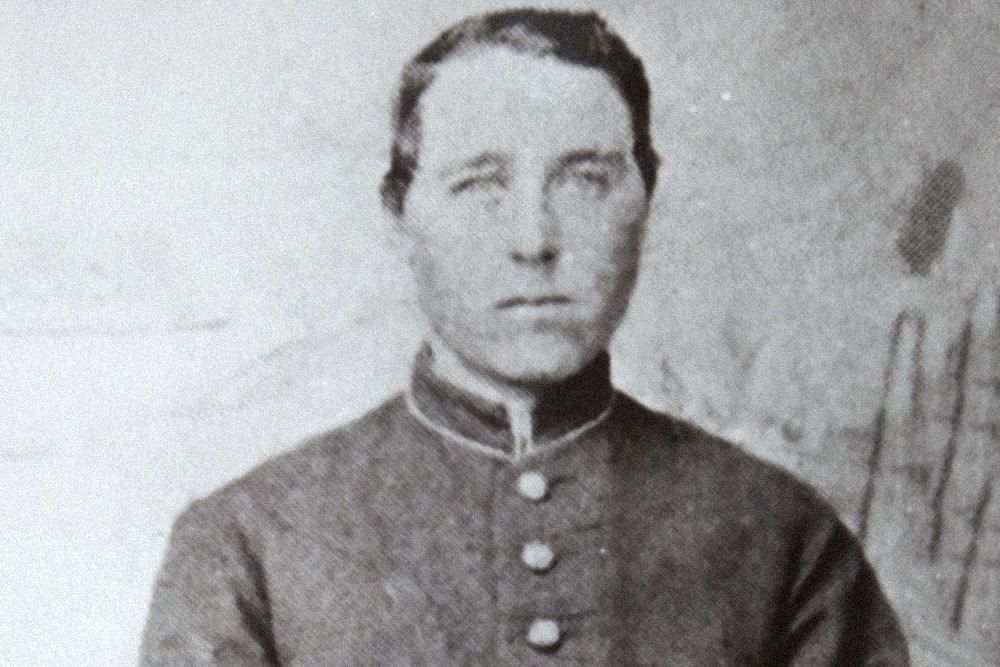 From Jennie to Albert

As a young child, Hodgers stepfather dressed her up in boys clothing so that she can find work and help support the family. By the year 1862 Hodgers traveled as a stowaway to Illinois. President Lincoln called for soldiers, and it was then that Jennie became the person HE always felt he was inside, Albert D.J Cashier. Cashier enlisted in the Ninety-fifth Illinois Infantry to serve for three full years and got assigned to Company G. A catalog listed Cashier as a nineteen-year-old farmer from New York City. The record adds that he had blue-eyed, fair skin and 5 feet three inches.

Alberts regiment fought in about forty battles, one of them included the siege at Vicksburg. During the battle he found himself captured in the arms of the enemy for a brief period before escaping. The legend goes that Albert single-handedly overpowered a prison guard and ran away to her freedom. After this battle in June of 1836, Cashier caught a stomach bug that caused chronic pain and discomfort. The condition grew worse. Cashier had no choice but to admit himself to a military hospital. By some miracle, no one realized that this soldier had a woman’s body. Had they noticed, Albert would be kicked out and reprimanded.

Albert continued to fight with his regiment. Throughout the war, they traveled a total of 9,000 miles. Other soldiers thought Albert to be a small, introverted fella. These traits did not really stand out enough to raise suspicion about Alberts gender. Most soldiers were young and kept to themselves. The regiment stayed together up until the army honorably discharged him in 1865.

A Life After the Army

Cashier moved to Saunemin Illinois in 1869, and worked as a farmhand and worked a bunch of random jobs to make cash. His name is found on records of the town payroll. Albert’s employer Joshua Chesebro, build him a one room house to sleep in after work. He continued to work as a farm hand, church manager and cemetery worker, lamplighter and received veterans pension under the name Albert Cashier. This went on for forty years in Saunemin. During this time no one questioned Albert’s gender. One day Cashier became ill. His neighbors brought over a nurse to examine him. That’s when Albert first got discovered. People didn’t accept homosexuality during that time; one can only imagine what people thought of a transgender person. Rather than shunning him, the neighbors and the nurse kept their discovery a secret.

The year 1911 was an unfortunate period for Albert. He was hit by a car. Of course, he had to be adequately examined by a physician. Again, a doctor uncovered Alberts condition and told no one of the secrets. He was moved to a home for Soldiers and sailors in Quincy Illinois. During his stay, Albert ran into to several of the soldiers he fought with in the war. He stayed there until his mental health made a turn for the worst. He was transported to Watertown State Hospital for the Insane in 1914. Alberts mental state was so bad that he needed help performing simple tasks such as bathing. A nurse discovered Albert’s gender and told the rest of the staff. From that point on Albert wore women’s clothing by force. After fifty-five years of passing as a male, a skirt would reveal the painful truth about Albert; he always felt he was placed in the wrong body.

Albert Cashier passed away on October 10, 1915. He was buried in the proper military uniform that he kept over the years. His tombstone addressed him as Albert and recognized his honorable military service. It’s engraved with the words “Albert D. J. Cashier, Co. G, 95 Ill. Inf.”

No shame, embarrassment, rejection or negativity soiled Albert’s reputation. His gender did not matter, Albert fought in the war, and lived as a male, so that’s exactly how people remembered him. Albert had an official Grand Army of the Republic funerary service. He was buried with full military honors.

The executor of Cashier’s estate, W.J. Singleton tracked Alberts identity and birth name nine years after he passed away. Today, contemporary scholars argue whether or not Albert classifies as a transgender person. No matter what, we remember him as someone who chose the gender that he felt suited him most. Albert did not experience shame, or refusal like so many transgender people do in modern times. Lynda Durrant, a contemporary author of both adult and children’s books, tells Albert’s story in her novel “My Last Skirt.”